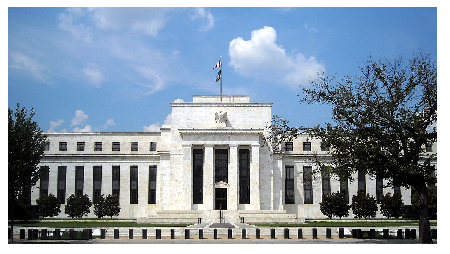 No Change in Rates

in a bid to maintain its support for economic growth, the Federal Reserve has decided to keep interest rate at the current position of 0.25 percent to 0.5 percent.

The Fed raised its benchmark interest rate by 25 basis points last year December for the first time in over a decade.

It noted that global economic growth has slowed and financial markets remained volatile.

“The committee is closely monitoring global economic and financial developments and is assessing their implications for the labor market and inflation,” the Fed’s policy-setting committee said in a statement.

Notwithstanding, a number of analysts have expressed the view that the Fed will raise the rates for at least two more times this year.

The Fed Chair Janet Yellen has said time and again that future increases in interest rate will be data driven and the Central Bank will not follow any mechanical formula in the path of rate hikes.

In the statement, the Fed asserted that it will assess a wide range of information including measures of labor market conditions, indicators of inflation pressures and inflation expectations, and readings on financial and international developments to decide the pace of the future rates hike.

“In light of the current shortfall of inflation from 2 percent, the Committee will carefully monitor actual and expected progress toward its inflation goal,” said the statement.

The Committee expected the economic conditions would evolve in a manner that will warrant only gradual increases in the federal funds rate and the rate is likely to remain, for some time, below levels that are expected to prevail in the longer run.

Analysts held that the ongoing global economic turbulence has huge impact on the U.S. economy, which lessened the chances for the Fed to raise rates at its next meeting in March.