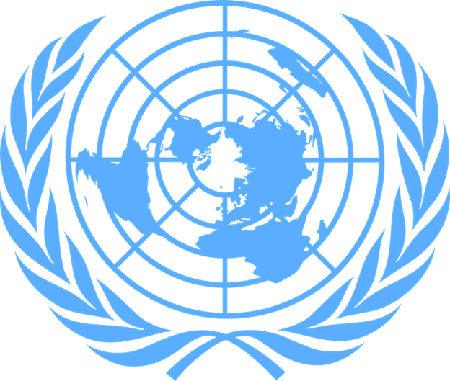 The organization raised its concern in a new global report titled, “A Familiar Face: Violence in the Lives of Children and Adolescents,” released on Tuesday.

It uses the latest data to show that globally children experience violence across all stages of childhood and in all settings.

It noted that all children have the right to be protected from violence inflicted on them by anyone in their lives – whether parents, teachers, friends, romantic partners, or strangers.

Furthermore, it noted the harmful effect of violence have on children and bemoaned the fact that such behavior against children continues to be rationalized as necessary or inevitable.

The organization also underscored the point that this type of behavior may be tacitly accepted due to the familiarity of perpetrators or minimized as inconsequential.

Moreover, it argued that the memory or reporting of violence may be buried due to shame or fear of reprisal.

Additionally, it said that impunity of perpetrators and prolonged exposure may leave victims believing violence is normal.  Consequently, it further argued that given such an attitude, violence is not only masked, but is difficult to prevent and end.

In its report, the organization used the most current data to shed light on four specific forms of violence: violent discipline and exposure to domestic abuse during early childhood; violence at school; violent deaths among adolescents; and sexual violence in childhood and adolescence.

The statistics revealed that children experience violence across all stages of childhood, in diverse settings, and often at the hands of the trusted individuals with whom they interact daily.

It pointed out that by ensuring that violence in all its forms is documented through solid data is a first step towards its elimination.

The report revealed that three-quarters of children aged 2 to 4 worldwide – close to 300 million – are regularly subjected to violent discipline (physical punishment and/or psychological aggression) by their parents or other caregivers at home, and around 6 in 10 (250 million) are subjected to physical punishment.

It also highlighted that many children are also indirectly affected by violence in the home: worldwide, 1 in 4 children (176 million) under the age of 5 live with a mother who has been a recent victim of intimate partner violence.

Moreover, it explained that violence also occurs in places where children are meant to learn and socialize, and pointed to 2016 data which shows close to 500 attacks or threats of attacks on schools were documented or verified in 18 conflict-affected countries or areas.

The report further noted that children attending schools in countries that are not affected by conflict can also be at risk.

It claimed that between November 1991 and December 2016, 59 school shootings that resulted in at least one reported fatality occurred in 14 countries across the world. Nearly 3 in 4 of these happened in the United States.

Additionally, it stated that children are at the greatest risk of exposure to sexual violence within the context of close relationships.

It said that in the 28 countries with available data, 9 in 10 adolescent girls who have reported forced sex say it occurred for the first time at the hands of someone close or known to them, with current or former boyfriends, partners or husbands the most commonly reported perpetrators.

It further said that adolescent boys are also exposed to sexual abuse from those close to them: friends, classmates, and partners were among the most frequently cited perpetrators of the latest incident in 5 countries with comparable data (Cambodia, Haiti, Kenya, Malawi, and Nigeria).