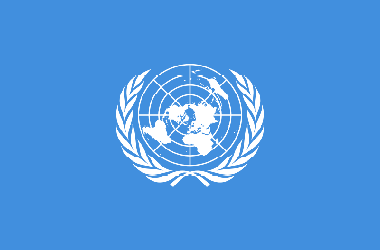 U.S. President Donald Trump is not getting much support from the United Nations (UN) in his attempt to impose further sanctions on Iran.

The President announced that he intends to move next week to trigger a “snapback” of international sanctions against Iran at the United Nations.

Although the President has withdrawn from the 2015 nuclear deal under the Obama administration between Iran and other world powers, he is seeking to use the agreement as the basis for a snapback to sanctions.

“We’ll be doing a snapback,” Trump told reporters on Saturday, one day after the UN Security Council rejected a U.S. bid to extend a UN arms embargo on Iran.

“You’ll be watching it next week,” he said.

In a social media post, Jarrett Blanc, a former U.S. Department of State official who had been involved with the Iran nuclear deal, warned about the consequences of Trump’s intentions.

“The cost will be a devastating loss of UNSC authority that will damage the US role in the world for the foreseeable future – but the Trump Administration manifestly is not too worried about damage done to the country rather than to its own ambition,” he wrote.

In the Security Council vote, Russia and China opposed extending the weapons ban, which is due to expire in October.

Eleven members abstained, including France, Germany, and the U.K., while the U.S. and the Dominican Republic were the only were only to vote for extended sanctions.

Meanwhile, Iranian President Hassan Rouhani described the vote as a humiliating defeat for the U.S.

“I don’t remember the United States preparing a resolution for months to strike a blow at the Islamic Republic of Iran, and it garners only one vote,” Rouhani said in a televised speech.

“But the great success was that the United States was defeated in this conspiracy with humiliation.”

At the same time, the U.S. Secretary of State Mike Pompeo said the vote by other countries, or the lack thereof is regrettable.

“It’s a serious mistake; we regret that,” he said.

The U.S. withdrew from the accord in 2018 between Iran and other countries.