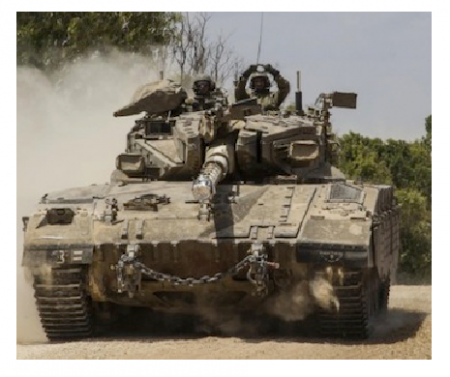 In a meeting on Friday to address the devastating impacts of the violence engulfing Gaza — claiming civilian lives and threatening an already troubled region — the United Nations senior political official told the Security Council the attacks and retaliations were frustrating hopes of any de-escalation.

Briefing the 15-member body, Jeffrey Feltman, Under-Secretary-General for Political Affairs, said that the intensification of violence that the United Nations had been attempting to head off was becoming a reality in and around Gaza.  The crisis was the result of a collective failure to advance a political solution to the Israeli-Palestinian conflict, he said, urging the international community to assume its responsibility to restore a serious prospect of a two-State solution, while warning against “temporary fixes”.

He expressed the Secretary-General’s concern that the escalation would increase the already “appalling death toll” among Gazan civilians.  Israel had legitimate security concerns, he said, condemning the indiscriminate rockets fired from Gaza, numbering more than 2,000 since 8 July, with more than half striking Israel.  At the same time, he was shocked at Israel’s response, which had claimed the lives of hundreds of Palestinian civilians, including four children on a beach in Gaza City and three more children yesterday.

A ceasefire was indispensable and urgent, he said, adding that unless the root causes of the escalation were addressed, “this dreadful violence” would return again and again.  Offering a prescription once calm was restored, he urged an end to weapons smuggling and to the blockade, as well as returning Gaza to “one Government”.  He warned:  “We cannot return to the status quo ante — a concern which Palestinians and Israelis share.” He called on all parties to bring an immediate end to indiscriminate firing of rockets by Hamas into Israel and Israeli retaliatory action.  Civilians must be protected, as well as the integrity of United Nations premises, and humanitarian aid should be allowed to reach all in need.  At the same time, he cautioned that the “bigger picture” not be forgotten, highlighting, in particular, impacts on Lebanon and the potential grave danger to stability in the Golan.

The Permanent Observer for the State of Palestine emphasized that the Palestinian Authority had engaged continuously in efforts to secure a comprehensive ceasefire, yet Israel had continued to wage war with the massive ground invasion of the Gaza strip, which was now threatening the safety of the entire Palestinian civilian population.

He called on the Security Council, once again, to uphold its Charter duties and implement its resolutions regarding the Palestinian-Israeli conflict.  The Council should adopt a resolution condemning Israeli military aggression in Gaza and ensuring the lifting of the blockade and the protection of the Palestinian people.  Should the Council fail to respond to those appeals, “we would have no recourse but to turn to the judicial bodies of the United Nations and the international system”.

Israel’s representative told the Council:  “We did everything in our power to avoid this.”  In the face of the attacks, his country had been “left with no choice” but to have the Israel Defense Forces enter Gaza, he said, adding that the Prime Minister had accepted every ceasefire offered, even while the country was under attack.  Despite that, Hamas had rejected every overture.

The Israel Defense Forces were fighting in Gaza, but they were not fighting the people of Gaza, he emphasized, adding that the army was operating against only terrorist targets and genuinely regretted any civilian loss of life.  In the nine years since Israel’s withdrawal from Gaza, Hamas had fired rockets “each and every month”.  When Israel informed the international community of the thousands of rockets being smuggled into Gaza by Hamas, it had been met with silence.

Speakers around the room called for a ceasefire between the parties and a return to the negotiating table.  Nigeria’s representative warned that “violence begets violence”, making political solutions impossible.  France’s delegate urged both Hamas and the Israel Defense Forces to cease fire, as civilians were bearing the brunt of the attacks.  “More war will not bring more security,” said the representative of Luxembourg, adding “it will only bring more tragedy”.