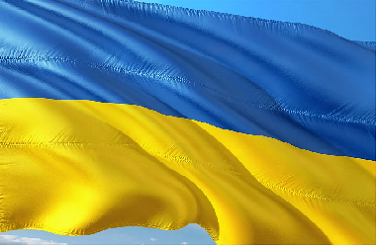 The people of Ukraine have found themselves in a bind, and their cries remind one of a sheep being led to the slaughter.

The fact of the matter, any war between Ukraine and Russia was always going to be a mismatch.

This misadventure is one that even the blind, deaf, and dumb would have known the outcome of beforehand.

However, this does not stop Western countries from boosting Ukraine’s stocks of guns and ammunition, which some would argue is dumping resources or paying costly platitudes.

The truth is without boots on the ground by Western allies, Ukraine might as well surrender from the outset.

So, rather than taking Russia’s hammering and colossal damage to its economy, and the displacement and death of its people, a peace talk should have been on the table.

Today, Ukraine must have rued the day that it gave up its nuclear weapons at the behest of these same world powers who now watch from afar while the country is being overrun by Russia.

Western countries believe that self-preservation is the better sense of valor and are not prepared to cross their red lines.

So, they will not engage in the following actions among others:

The fact is the West fear President Putin because of one thing and one thing only – Russia’s build-up of nuclear weaponry.

So, one can forget North Korea denuclearizing, and very soon, other countries will be tempted to add nuclear weapons as part of their best defense.

One hopes that good sense will prevail sooner than later in the given situation.