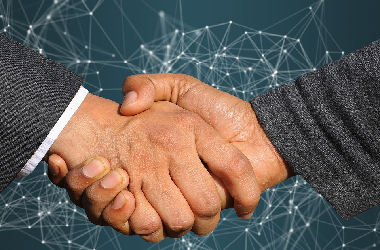 August 13 was probably one of the most historic days of the decade when Israel and UAE announced that they would be normalizing ties and opening diplomatic relations with each other.

The United Arab Emirates is the first gulf and third Arab country to open a diplomatic relationship with Israel.

This announcement will cause a significant shift in the geopolitics of the world.

A joint press release from UAE, Israel, and United States of America said, “This historic diplomatic breakthrough will advance peace in the Middle East region and is a testament to the bold diplomacy and vision of three leaders and the courage of the United Arab Emirates and Israel to chart a new path that will unlock the great potential in the region.”

American President Donald Trump hailed the agreement in a tweet terming it as a ‘Huge breakthrough.’

Both UAE and Israel had been engaged in discreet trade and commerce relationships for many years. Crown Prince of UAE believes that the agreement will stop further annexation of Palestine. However, Palestinian authorities are not happy with the agreement.

A spokesperson for Palestinian Prime Minister termed the deal as a ‘betrayal of Jerusalem.’

“The Palestinian leadership rejects and denounces the UAE, Israel and US trilateral, surprising announcement,” said the statement.

Hanan Ashrawi, who is a member of the Palestinian Liberation Organization’s executive committee, condemned the act and termed it as being ‘sold out by friends.’

Jerusalem is considered to be a sacred place for Christians, Muslims, and Jews. The occupation of the territory is the major reason behind the conflict between Israel and Muslim countries.

The agreement between UAE and Israel also sparked hatred of Muslim countries against UAE. Turkish President Erdogan condemned the act and announced that Turkey could cut off diplomatic ties with UAE.

Many experts believe that this is just a beginning, and many other states will follow UAE in this path.

According to some political pundit, Bahrain and Oman could be next in line to normalize ties with Israel.

It is argued that the current economic crisis caused by COVID-19 could prod many other Muslim countries to follow the UAE. However, the fear of public opinion could stall such a move.

Experts also believe that Saudi Arabia, who is considered to the leader of the Muslim world, is also willing to normalize ties with Israel.

However, Saudi Arabia is hampered by other issues that include conflict with Iran, the war in Yemen, and declining oil prices.

Additionally, such a step from Saudi Arabia could cost her the status she enjoys in the Muslim world.

The deal between UAE and Israel has been hailed as a historic agreement by many but is also condemned by others.