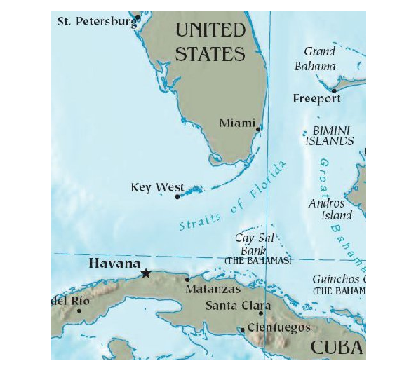 The United States, in a new bid to establish closer ties with Cuba has now eased restrictions on business and travel with Cuba.

The U.S. has maintained trade prohibition with Cuba, for many years. However, the Obama administration is taking a new approach in its relationship with Cuba.

Both countries recently restored diplomatic relations with the opening of embassy in Havana and Washington, respectively.

The U.S. now makes it easier for business people to establish and operate businesses in Cuba, increased remittance limits, and widened travel opportunities to the Caribbean island nation.

The first easing of US sanctions was in January.

The changes issued by the Treasury and Commerce Departments removed limits on remittances from the United States to Cuba as well as on the amount of money people hand-carry to Cuba.

Authorized US travellers to Cuba will be able to open bank accounts there, to form joint ventures with Cuban firms, open offices, warehouses, and retail outlets.

“By further easing these sanctions, the United States is helping to support the Cuban people in their effort to achieve the political and economic freedom necessary to build a democratic, prosperous, and stable Cuba.”