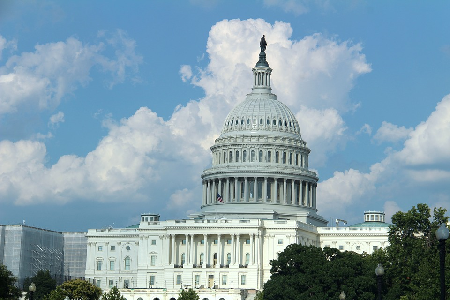 The chance of another government shutdown over border security is not off the table according to the Trump’s administration acting chief of staff Mick Mulvaney.

“The government shutdown is technically still on the table; we do not want it to come to that, but that option is still open to the president and will remain so,” Mulvaney said.

The previous shutdown, lasting 35 days, was the longest in U.S. history.

The disagreement centers on President Donald Trump’s insistence on a bill that funds a U.S.-Mexico border wall.

New talks between both parties to reach a deal have broken down according to press reports.

The major sticking points stem from the fact that the Democrats want officials from Immigration and Customs Enforcement (ICE) to concentrate on detaining migrants with criminal records instead of those who have overstayed their visas by limiting the number of beds at 16,500.

That is roughly the number of people detained in the last years of the Obama White House, according to the Washington Post.

Additionally, the offer of between $1.3bn and $2bn in funding for Mr. Trump’s proposed border wall is a far cry from the $5.7bn the President demands.

On Sunday, lead Republican negotiator Senator Richard Shelby told Fox News that he was “not confident we’re going to get there”.

“A deal that includes new physical barriers must also include limits on the number of ICE detention beds. If Senate Republicans won’t compromise with us on both, we can’t reach a deal,” a senior Democratic aide told Fox News on Sunday.

“I don’t think the Dems on the Border Committee are being allowed by their leaders to make a deal. They are offering very little money for the desperately needed Border Wall & now, out of the blue, want a cap on convicted violent felons to be held in detention!,” the President tweeted Sunday.