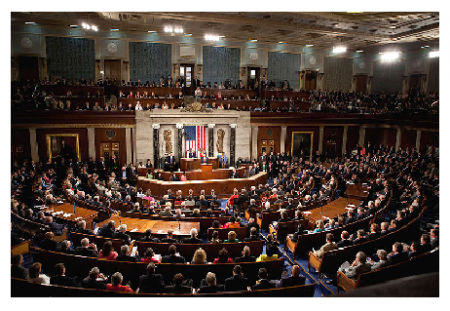 The U.S. Republican-led Congress managed to hold at bay a government shutdown on Friday.

Lawmakers were given breathing space of another week to work out the kinks in federal spending through Sept. 30.

The Senate passed a stopgap spending bill by voice vote without opposition after the House earlier approved it by a tally of 382-30.

President Donald Trump later signed the legislation, preventing a shutdown of many parts of the federal government on Saturday, his 100th day in office.

The bill allows for federal funding through May 5, thus granting lawmakers more time to hammer out legislation in the coming days to keep the government funded for the rest of the fiscal year ending Sept. 30.

Congress has been wrestling with the task of a one trillion dollar in spending priorities for some time. This should have already been dealt with since last year October.

Democrats backed the stopgap bill a day after House Republican leaders again put off a vote on major healthcare legislation.