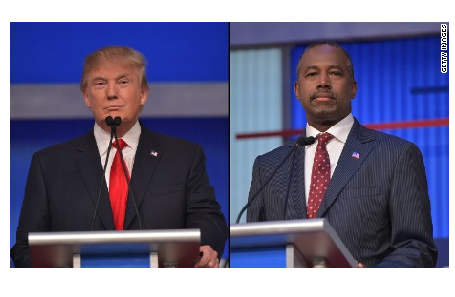 Carly Fiorina the only woman in the race says that time is not a problem.

The three-hour debate is apparently proving too long for Republican presidential candidates Donald Trump and Ben Carson. Consequently, both men threatened to boycott the next debate if their demand for a shorter time period was not met by CNBC.

“It’s unfair to the viewers because it’s too much, it’s too much to watch,” Trump said, during a Fox News interview.

Not that anyone has heard or seen viewers complaining or protesting. In fact, people always like to see gladiator’s fight.

However, time was not the only gripe for the two front runners as they both penned a joint letter to CNBC Washington bureau Chief Matthew Cuddy, complaining about the format and failure of the debate to include opening and closing statements.

In the meantime, the Republican rising star candidate Carly Fiorina has no objection to the three-hour debate, unlike Trump and Carson.

After the news that Trump and Carson would not participate in the next CNBC debate if it were three hours long, Fiorina told Fox News Megyn Kelly:

“I think apparently they’re worried, about answering questions for three hours. For heaven’s sake we have ten candidates on the stage, I don’t think three hours is a long time.”

Fiorina added that while the “establishment” may not like having so many debates, she thinks “the American people really like them.”

“So honestly, here are two outsiders supposedly — Donald Trump and Ben Carson — they sound a lot like politicians to me.”

Not wanting to lose the mega stars from the debate, it did not take long for CNBC to bow to the request of Trump and Carson by changing the debate format and time.