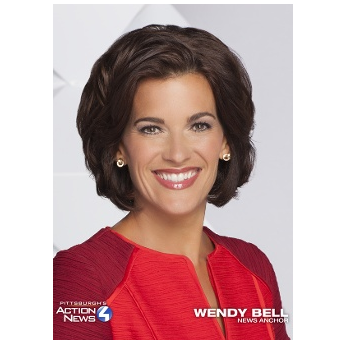 Social media has become one of the most important tools in mass media communication as it allows everyone a chance to vent or voice his or her opinion on any topic under sun.

However, this freedom which social media affords also holds one responsible and accountable; if ignored, it could lead to one’s downfall.

Now, the remark below by a journalist on her Facebook page has not only invoked the wrath of netizens, but also is widely condemned by civil society.

“You needn’t be a criminal profiler to draw a mental sketch of the killers who broke so many hearts two weeks ago Wednesday,” wrote Wendy Bell, a news anchor with WTAE in Pittsburgh, according to the Associated Press. “They are young black men, likely teens or in their early 20s. They have multiple siblings from multiple fathers and their mothers work multiple jobs.”

Bell, who is white, was referring to a crime that occurred March 9 in nearby Wilkinsburg, Pennsylvania, where two still-unidentified shooters opened fire at a backyard barbecue and killed six people, all of whom were black.

“These boys have been in the system before,” Bell added, describing who she assumed the perpetrators to be. “They’ve grown up there. They know the police. They’ve been arrested.”

Bell’s tirade has also been viewed as baseless as no suspect has been identified up to last Thursday.

Bell’s controversial post appeared on her Facebook fan page Wednesday, according to multiple reports. Not long after, a separate page had been created calling for her to be “held accountable” for her statements.

Bell had deleted the original post by Wednesday evening, and issued the following apology:

“I now understand that some of the words I chose were insensitive and could be viewed as racist,” she wrote. “I regret offending anyone. I’m truly sorry.”