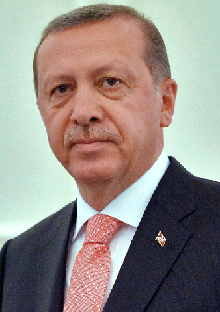 Muslim families should not countenance birth control or engage in family planning according to Turkish President Tayyip Erdogan.

He reportedly called on pious Muslims to have more children.

“We will multiply our descendants. They talk about population planning, birth control. No Muslim family can have such an approach,” Erdogan said in a speech in Istanbul broadcast live on television.

However, the campaign group Platform to Stop Violence Against Women has taken exception and condemn the comments made by Erdoğan.

“You cannot usurp our right to contraception, nor our other rights with your declarations that come out of the Middle Ages,” the group said in a statement on Twitter. “We will protect our rights.”

According to the statistics office, Turkey’s population rose to 78.7 million last year. The population in 2000 was less than 68 million.

Erdogan has stated that he wants Turkey to be among the world’s top 10 economies by 2023.

A religious and social conservative, he has overtime advocated families having at least three children. Erdoğan and his wife, Emine, have two sons and two daughters.