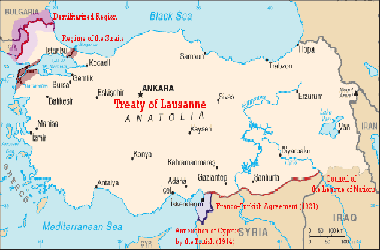 After the failed military coup in 2016, Recep Tayyip Erdogan has emerged as one of the most powerful politicians Turkey has ever seen.

Since Erdogan’s re-election as the President, Turkey has sought to exert his power in parts of the Middle East and Europe.

He recently converted the Hagia Sophia, built by the Emperor Justinian I in 537, once the most significant and grandest church in all of Christendom, to a mosque.

Moreover, he has escalated conflict between his country and Greece over the claim in the Mediterranean.

On August 6, a deal was signed between Egypt and Greece to cut the Libya-Turkey water deal in half.

Before this, a deal was signed between Israel, Cyprus, and Greece for a finalized pipeline in July.

To deny these deals and establish its claim on Mediterranean water, Turkey is preparing to send its navy with drilling and survey ships.

As a result, Greece and Egypt started military exercises that are meant to deter Turkey in case of any adventure.

Following these events, Ankara has warned Greece of retaliation in case of an attack on its survey and drilling vessels.

President Erdogan has also claimed that a befitting response was given for the attack on its ships last Thursday. He also said that “If this continues, they will receive their answer in Kind.” He further added, “We can’t let even the smallest attack go without an answer.”

When Greek defense officials were asked about the attack, they said it was an accident being wrongly termed an attack.

Meanwhile, France, who is an ally of Greece, also claimed that it is reinforcing its forces in the Mediterranean to support Greece. Ankara replied by terming France as a ‘bully.’ Turkish Foreign Minister said, “France especially should avoid steps that will increase tensions.” He further added, “They will not get anywhere by acting like bullies.”

Turkish Foreign Minister also suggested that Turkey is ready to settle the matter through talks. “Of course we do not wish to escalate, but Greece should act with common sense,” said Mevlut Cavusoglu, the foreign minister of Turkey, while he was on a visit to Switzerland.

He also said that Turkey has always supported a peaceful solution to crises.

Amid the crisis, the EU Ministers met to talk over the crisis.

EU is committed to urging all actors to refrain from the conflict and find a peaceful solution. Germany has played a key role in trying to mediate between conflicting nations.

The German Chancellor urged Turkey to give talks another chance while Ankara was ready to send its ships in July.

President Erdogan followed the advice, but as he recognized nothing coming out of talks, he decided to move forward.

Greece also suggested that it is ready to sit at the table but on the condition that Turkey calls back its ships. According to Government representatives, talks will be compromised in case of any military adventure in the Mediterranean.

NATO Secretary-General, Jens Stoltenberg, has also urged both countries to solve their conflict by peaceful means. German Chancellor Angela Merkel has played a key role in mediation between both countries.

EU hopes to solve the conflict through peaceful means as the conflict between these nations will affect the whole of Europe, which is already suffering due to the spread of COVID-19.