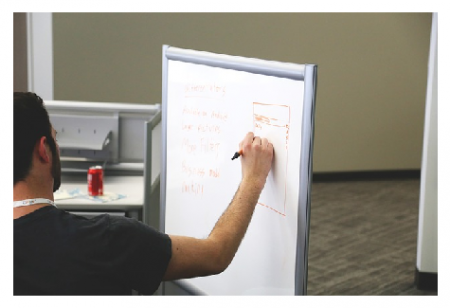 “Our economy has gone from crisis to recovery to now to resurgence—with the longest streak of consecutive job growth ever recorded in the history of this country and more than all other advanced countries combined,” said Joe Biden.

The Vice-President was speaking in a weekly address in the absence of the President who was overseas on business.

Vice-President Biden further said that one has to make sure everyone is part of this resurgence, and there is a need to build on what is known to widen the path to the middle class—access to education.

“Folks, the source of our economic power and middle class strength in the 20th century was the fact that we were among the first major nations in the world to provide twelve years of free education for our citizens,” he stated. However, he noted that in the 21st century, the U.S. has to double down in order to out-compete the rest of the world.

He said that by the end of the decade two out of three of all jobs will require an education beyond high school, from an 18-week certificate to a two-year associate’s degree to a four-year bachelor’s, or a Ph.D.

He posited that people with an associate’s degree earn 25% more than someone who graduated just from high school and those who graduate with a four-year degree make 70% more.

The Vice-President said that today the cost of higher education is beyond the reach of too many Americans. Consequently, too many folks are priced out of a piece of the middle-class dream.

He said both the President and himself have a straightforward plan to remove that barrier and expand the pathway to the middle class—by bringing the cost of community colleges down—down to zero.

“Zero—for anyone willing to work for it and for the institutions that meet certain basic requirements,” he stated.

He noted that their plan is no give-away and students must keep up their grades and stay on track to graduate. In addition, States must contribute funding and hold community colleges accountable for the results. And community colleges must maintain high graduation and job placement rates.

He also argued that community colleges will have to offer courses that are directly transferrable to a four-year degree.

“If two years of community college are free—and credits can transfer to a four-year university—that means the cost of a four-year degree will be cut in half for a lot of working families struggling to send their children to college, qualified children.”

He proffered that under their plan, students from low-income families will be able to keep the benefits that flow from other financial aid, like Pell grants, to cover childcare, housing, transportation—costs that often keep them from attending class and completing a degree in the first place.

He also pointed out that not every good-paying job will require a two-year or four-year degree. He said all that some jobs require is a training certificate that can be earned in just a few months.

For example, he said an 18-week coding boot camp—with no previous experience in computers can result in one making up to $70,000 a year.

“It’s a simple fact that community colleges are the most flexible educational institutions we have. I’ve traveled all over this country, from New York to Iowa to California, to see how community colleges create partnerships with Fortune 500 companies and local businesses to generate jobs; support apprenticeships with organized labor, and prepare hardworking students for good-paying jobs in the areas in which they live,” noted the Vice-President.

He added that making community colleges free is not only good for workers but also for companies as well as the economy.