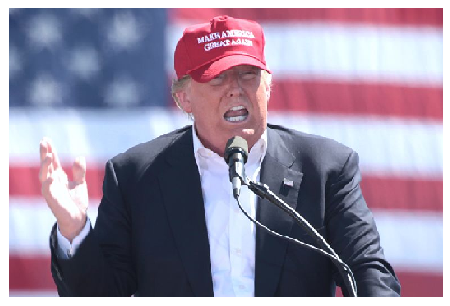 Trump’s campaign over the past few weeks has taken a twist for the worse. It started just days before the second presidential candidate debate when a 2005 video recording was leaked to the press showing footage of him engaging in lewd and crass comments about women. Part of which included the following:

Donald Trump: You know and I moved on her actually. You know she was down on Palm Beach.

Unknown: She used to be great. She’s still very beautiful.

Since then, at least 11 women have emerged telling various news sources that Trump touched, groped, hugged, and kissed them without their consent.

“He put me in an embrace and I tried to push him away. I pushed his chest to put space between us and I said, ‘Come on man, get real.’ He repeated my words back to me, ‘Get real,’ as he began thrusting his genitals,” said Summer Zervos, one of Trump’s accusers in a press report.

Kristin Anderson, another of Trump’s accusers reportedly told the press that “He [Trump] did touch my vagina through my underwear, absolutely.”

Anderson could not explain Trump’s action, “It wasn’t a sexual come-on. I don’t know why he did it. It was like just to prove that he could do it,” she said.

In the meanwhile, Trump has been on the defensive as more and more women keep popping up out of the woodwork, laying charges against the Donald for his amorous ways.

Trump at the same time has launched his own offensive attack against his accusers charging that the women may be motivated for financial reasons or political reasons or “the simple reason they want to stop our movement.”