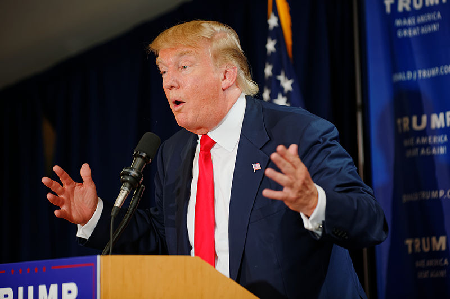 President Trump has continued to show his respect for the Russian leader Vladimir Putin, just as he did on the campaign trail, always expressing his hope of getting along well with Putin.

In a Fox News interview, Trump seemed to equate the United States with its adversary when pressed by host Bill O’Reilly, who said: “But he’s a killer, though. Putin’s a killer.”

However, Trump’s view stands in sharp contrast to members of his party’s leadership.

In an interview with CNN’s “State of the Union” on Sunday, Senate Majority Leader Mitch McConnell (R-Ky.), called Putin “a former KGB agent” and “a thug,” and he rejected any comparison between the two nations, citing Russia’s annexation of Crimea, its incursions into Ukraine and its interference in the U.S. presidential election.

“I don’t think there’s any equivalency between the way that the Russians conduct themselves and the way the United States does,” McConnell said.

In the meantime, Paul Ryan the 54th and current Republican Speaker of the United States House of Representatives, said in an interview, “Let me put it this way: The Russians are up to no good. We all know that.”

Gov. John Kasich of Ohio, who ran against Trump during the 2016 Republican primaries, also issued a sharp rebuke on Twitter against Trump’s utterance.

“America has been a beacon of light and freedom,” he wrote. “There is no equivalence with the brutal regime of Vladi­mir Putin.”