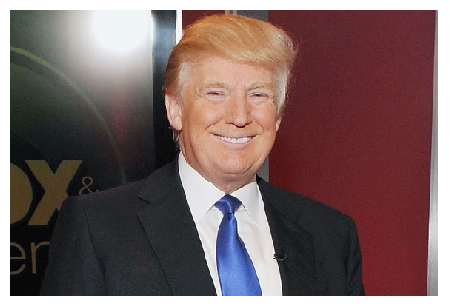 Trump at the beginning of his campaign boasted about his self-funded electioneering to win the Presidency of the U.S. and often derided his rivals for taking money from Wall Street.

However, Trump has now changed his tune and is now apparently singing from a different hymn book.

He has now declared that he would no longer self-finance and would work with the party to raise more than $1 billion to help him fight his eventual Democratic Party challenger, Hillary Clinton.

Trump as per usual changes his positions in the wink of an eye, but don’t tell that to the supporters of the billionaire, for whom he can do no wrong.

“I could stand in the middle of 5th Avenue and shoot somebody and I wouldn’t lose voters,” Trump reportedly said at one of his campaign rallies.

His flip flopping, however, has not fazed his supporters as they continue to flock to his rallies as bees to honey.

Now that he has swept aside all sixteen of his Republican Party rivals for the nominee position, he is manhandling all the leaders in the party including House Speaker Paul Ryan and Senate Majority Leader Mitch McConnell to either fall in line or step aside to allow him to continue his magic in putting a Republican in the White House.

According to a Reuters report, pro-Trump voters applauded the way the celebrity businessman billed himself as a “blue-collar billionaire” who didn’t need other people’s money, but said they understood Trump would need far more resources to compete in the general election.

The report also stated that supporters would have no problem donating to the billionaire a la Democratic presidential candidate Bernie Sanders who raised nearly $200 million from individual contributors to fund his campaign.

“Even though I’m on welfare, I would donate to Trump,” a 46-year-old mother of three school-age kids from Tulsa, Oklahoma reportedly told Reuters.

“And my kids would run a lemonade stand to help elect him,” she added.

Such is the commitment and loyalty to Trump that if the devil is in the way Trump apparently could easily roll over him.

Trump-centric supporters seem less concerned with how the Republican presumptive nominee raise funds for his campaign than his promises to crack down on undocumented workers, placing stop order on overseas Muslims travelling to the U.S., building a wall along the U.S. border with Mexico, and other issues that would certainly be a stumbling block in the path of other politicians.

However, Trump can do no wrong and rolls on with his campaign like old man river. In his quest for the White House, he continues to pick up the votes of the disenchanted by assuming the mantle of a Washington outsider.

Now, the battle cry by the Republican is anybody but Hillary, so despite Trumps frequently reversing or updating of policy positions on key economic and social issues, it matters not.

That said, Trump is not the first U.S. presidential candidate to change his mind about financing his election campaign, or for that matter his position on various issues.

In the 2008 election, Obama also did an about-face. He said he would forego public financing of his general election campaign against Republican John McCain. This was a reversal of his earlier stance and it allowed him to pursue a record fund-raising effort. Supporters were unfazed by the shift and Obama went on to win the election.