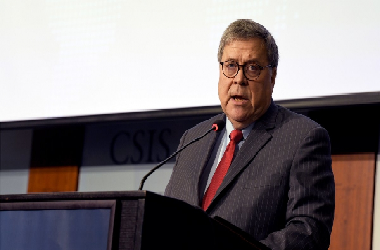 There is no letup in President Trump’s tweet as he seeks to take on all and sundry in the closing days of his White House “reign.”

His latest salvo is against Attorney General William Barr, calling him “a big disappointment” and raising the prospect of a high-profile shake-up in the waning days of his administration.

Trump’s angst is Barr’s public utterance that the Department of Justice (DOJ) found no evidence of widespread voter fraud to warrant the recent general elections overturn, regardless of claims by the President and some of his supporters.

Moreover, the Supreme Court’s decision not to intervene in a challenge to the election results compounded Trump’s allies’ quest to get their wish.

The President up the ante after it became clear that there would be no intervention by the Supreme Court.

He shared a tweet that called for Barr to be quickly fired over reports that the attorney general was aware of a DOJ probe into President-elect Joe Biden’s son Hunter Biden in the spring but worked to keep it private.

“A big disappointment!” Trump wrote in response to the tweet.

“IF Biden gets in, nothing will happen to Hunter or Joe. Barr will do nothing, and the new group of partisan killers coming in will quickly kill it all,” Trump noted in a follow-up tweet.

The President continued to lash out in another tweet noting that Barr’s failure to disclose the Hunter Biden probe set the Republican at a disadvantage in the Election.

“Why didn’t Bill Barr reveal the truth to the public, before the Election, about Hunter Biden. Joe was lying on the debate stage that nothing was wrong or going on – Press confirmed. Big disadvantage for Republicans at the polls!” he tweeted.