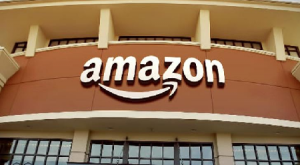 “This Post Office scam must stop. Amazon must pay real costs (and taxes) now,” said U.S. President Donald Trump in one of his recent tweets.

He accused the country’s biggest online retailer of not paying its fair share in taxes as well as for services provided by the U.S. Postal Service.

Trump has become a thorn in Amazon’s side by critiquing the company time and again.

Pundits have speculated that Trump may be considering federal antitrust or competition laws to rein in Amazon’s reach.

At the same time, investors’ fear and anticipation of regulatory action have resulted in a 3.3 percent reduction in the company’s stock, and a slide in market value of $24 billion.

“While we are on the subject, it is reported that the U.S. Post Office will lose $1.50 on average for each package it delivers for Amazon. That amounts to Billions of Dollars,” Trump tweeted on Saturday.

Press reports have noted that Federal regulators, which review contracts made by the United States Postal Service (USPS), have not raised any issues with the terms of its contract with Amazon.

Moreover, it is reported that USPS view their contractual relationship with Amazon as mutually beneficial.

However, Trump in one of his latest tweet stated, “If the P.O. ‘increased its parcel rates, Amazon’s shipping costs would rise by $2.6 Billion’.”

Trump also accused the Washington Post, owned privately by Amazon Chief Executive and founder Jeff Bezos, of being a “lobbyist” for Amazon.

“The Failing N.Y. Times reports that ‘the size of the company’s lobbying staff has ballooned,’ and that……does not include the Fake Washington Post, which is used as a ‘lobbyist’ and should so REGISTER,” noted the President.