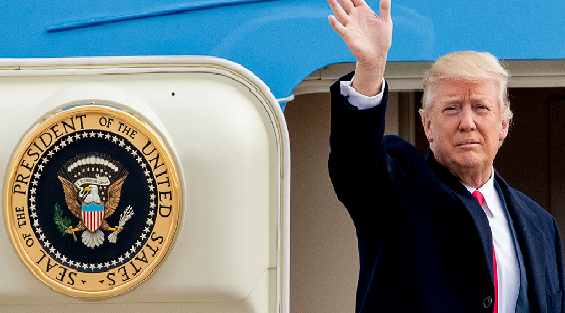 Love or hate him, but it must be said of President Donald J. Trump — he keeps things real.

So, after siding with Turkey to move U.S troops out of the way and leaving the Kurds, an ally to fight for themselves against the heavy bombardment of the full force of the Turkish army, the President has shown his hand — he has no interest in sands or to fight an ally’s battle.

Consequently, today, the Kurds have been forced in part out of a region they have occupied for years to make way for a safe zone for the Turks in the northeastern region of Syria.

The Kurds’ position has become even more tenuous given the alliance between Turkey and Russia to keep them out of a region that they have come to call home.

President Trump’s decision, however, has given true meaning to former United States Secretary of State and National Security Advisor’s words, “America has no permanent friends or enemies, only interests.”

A few days after moving U.S. troops out of Syria, leaving the Kurds to fight for themselves, the U.S. forces have been ordered back into Syria to provide security for oil fields in eastern Syria.

So, if one could rephrase Meghan Trainor’s song titled, “It’s all about the base,” the lyrics would be:

Because you know I’m all about that oil,

‘Bout that oil, no Kurds

The fact of the matter is Trump is not hypocritical about his objectives.

This is what he tweeted in 2013 after the U.S. decided to pull out of Iraq.

“I still can’t believe we left Iraq without the oil.”

“It used to be, ‘To the victor belongs the spoils,'” he told Matt Lauer during a campaign forum in 2016. “Now, there was no victor there, believe me. There was no victor. But I always said: take the oil.”

The notion of looting Iraq’s natural resources—or as Trump explained the process to Lauer, “we would leave a certain group behind, and you would take various sections where they have the oil.”

Today, President Trump is making the oil front and center of his Middle East policy.

Trump has left no doubt what he is about, and whereas other leaders employ a spin to their presence in the Middle East, he is calling it as it is — the oil, and he’s not shy about it.