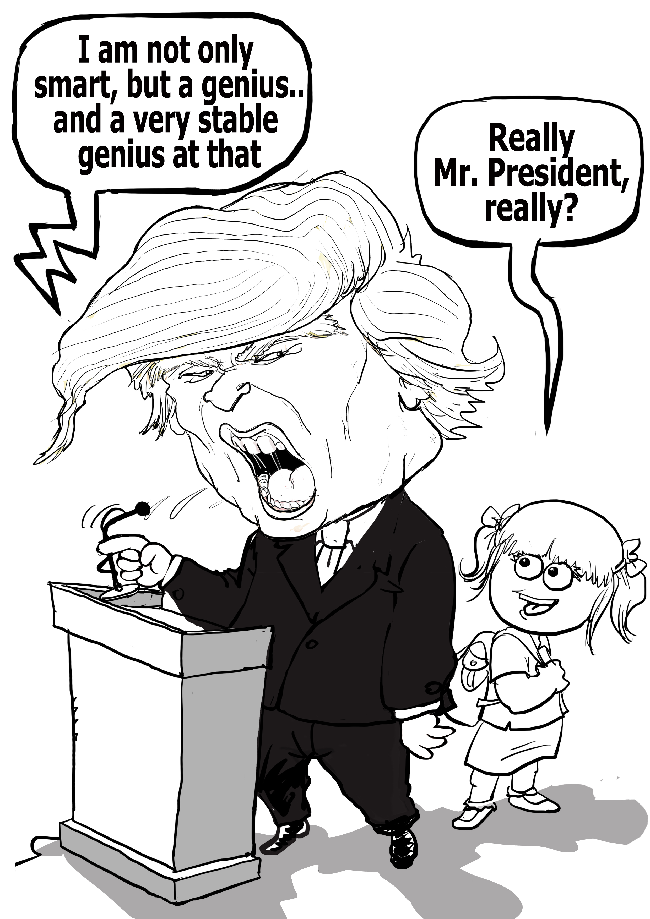 Foregoing the bad optics of going to Florida to spend his planned 16 days holiday while the government is in lockdown mode, U.S. President Donald Trump and First Lady Melania Trump made an unannounced Christmas visit to US troops in Iraq.

The couple traveled to Iraq in the dead of night to Iraq to thank the troops for “their service, their success, and their sacrifice,” the White House said.

According to press reports, Mr. Trump said the U.S. had no plans to pull out of Iraq.

In the light of the latest happenings in Washington, many commentators have viewed Trump’s move as a public relations effort to change the news cycle in Washington.

The U.S. maintains a force of 5,000 soldiers in Iraq to help support government stability and keep the Islamic State (IS) group at bay.

Mr. Trump traveled on Air Force One along with his wife and National Security Adviser John Bolton to the al-Asad airbase, west of the capital Baghdad, where he met with military personnel in the base’s restaurant.

The visit to the troops was the first to the region for Trump since taking office. He is yet to visit the troops in Afghanistan.

The troops in Iraq warmly welcomed Mr. Trump as he walked around and greeted them.

According to press reports, Trump said the U.S. could use Iraq as a forward base if “we wanted to do something in Syria.”

He defended his decision to withdraw U.S. troops from Syria during the visit, saying: “A lot of people are going to come around to my way of thinking.

“I made it clear from the beginning that our mission in Syria was to strip Isis [another name for IS] of its military strongholds.

“Eight years ago, we went there for three months, and we never left. Now, we’re doing it right, and we’re going to finish it off.”

He said there would be no delays in the withdrawal and added that the US “cannot continue to be the policeman of the world.”