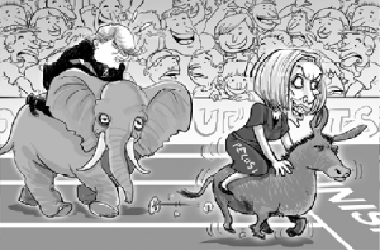 U.S. President Donald Trump’s stance against the Democrat’s proposal for additional funds to support the U.S. Postal Service continues to be a spot of bother as the general election draws near.

Trump has long argued that mail-in voting would hurt his campaign and favors Democratic candidate Joe Biden. He also viewed the process as one that allows for fraud and election interference.

On the other hand, Democrats have proposed a mail-in vote given the coronavirus pandemic.

A record number of people are expected to vote by mail this election cycle because of fear of contracting the disease.

In a recent report, Trump told reporters he refused to sign off on $25bn emergency funding for the Postal Service or $3.5bn for election security due to the high price tag.

“They want $3.5bn for something that will turn out to be fraudulent. That’s election money, basically,” Trump said in a press report.

“Now they need that money in order to make the post office work so it can take all of these millions and millions of ballots,” he added.

That said, there is no evidence to support Trump’s assertion that mail-in voting is rife with fraud or favors one political party over the other.

Meanwhile, A spokesman for the Democratic Party leader Joe Biden has condemned Trump’s take on the matter by declaring that the President is seeking to thwart the will of the American people.

“The president of the United States is sabotaging a basic service that hundreds of millions of people rely upon, cutting a critical lifeline for rural economies and for delivery of medicines because he wants to deprive Americans of their fundamental right to vote safely during the most catastrophic public health crisis in over 100 years,” said the spokesman.