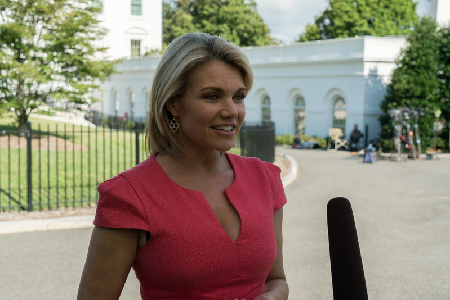 Heather Ann Nauert, the 48-year-old American journalist got the nod of President Trump to succeed Nikki Haley as the United States Ambassador to the United Nations.

Nauert has served as the spokesperson for the United States Department of State since her appointment by President Donald Trump on April 24, 2017.

Prior to the State Department, she worked as an ABC News correspondent as well as a news presenter on the Fox News program Fox & Friends.

President Trump tweeted earlier “I am pleased to announce that Heather Nauert, Spokeswoman for the United States Department of State, will be nominated to serve as United Nations Ambassador. I want to congratulate Heather and thank Ambassador Nikki Haley for her great service to our Country!”

Speaking to reporters on the South Lawn of the White House, Trump said Nauert had done a “great job” at the State Department.

“She’s very talented, very smart, very quick, and I think she’s going to be respected by all,” Trump said.