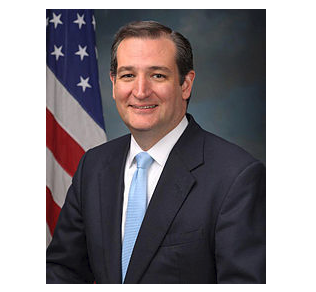 “You can’t have a person who’s running for office, even though Ted is very glib and he goes out and says ‘Well, I’m a natural-born citizen,’ but the point is you’re not,” said Trump.

Firebrand Republican Presidential candidate Ted Cruz has come under scrutiny regarding his eligibility to be President of the United States.

The junior U.S. Senator from Texas, Cruz was born in Calgary, Canada, to an American mother, which automatically granted him American citizenship.

Most legal experts agree that that satisfies the requirement to be a “natural-born citizen,’’ a term that was not defined by the founders.

At the same time, many have expressed doubts and posited that the Supreme Court may have to settle the issue.

Trump, recently brought the issue forcefully to the forefront by raising questions about Cruz’s ability to be president.

Trump said that Cruz would have to go to court to get a “declaratory judgment” about his eligibility, “or you have a candidate who just cannot run.’’

In his defense on the stump, however, Cruz has said, “Under longstanding federal law, the child of a U.S. citizen born abroad is a natural-born citizen.”

Trump has up the ante in his attacks against Cruz, accusing him of copying his plans on immigration and the idea to build a wall, calling him weak on immigration.

Trump said Cruz had to settle the citizenship issue, “He has to solve this problem because the Democrat will sue him, if he is the nominee.”

“I would say that I would want the Supreme Court to rule,” added Trump.

On the other hand, another Republican candidate, Ron Paul has called into question Cruz’s eligibility and posited that should Cruz be elected President he would be the first non-U.S. born President to serve in the office.