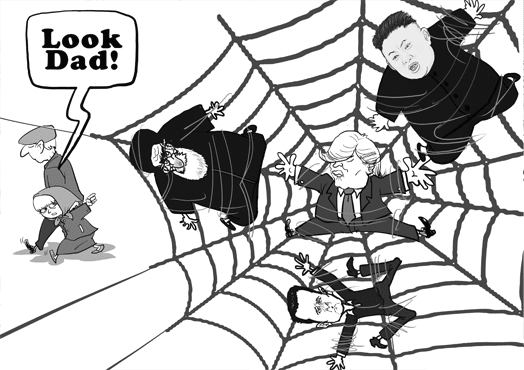 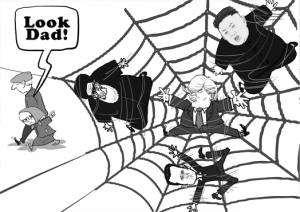 With no indication towards denuclearisation – a critical issue discussed by both Trump and Kim Jong-un at June’s historic summit in Singapore, it is anybody’s guess whether Trump’s dream will be realized.

At the Singapore summit on 12 June, both men signed a document that included a pledge from North Korea to rid the Korean peninsula of nuclear weapons with the understanding that the U.S in return will get rid of its military exercises in South Korea.

However, to date, Mr. Trump has little or nothing tangible to show from that meeting except a letter from Kim massaging his ego.

This, of course, comes against an earlier charge from North Korea accusing the U.S. of using a “gangster-like” tactics to push it towards nuclear disarmament after a fresh round of high-level talks.

Trump, in the meantime, had already ditched the Iran nuclear deal, charging, “This was a horribly one-sided deal that should have never, ever been made,” added further, “It didn’t bring calm, it didn’t bring peace, and it never will.”

The U.S. withdrawal from the Iran deal has left its European partners in a quandary, albeit they have vowed to continue the deal with Iran.

At the same time, Syria’s seven-year civil war continues with Iran playing an integral role and Russia acting as the surrogate.

Trump, ignoring calls to meet with Russia’s President Vladimir Putin whom Democratic party leaders describe as a bad actor for Russia’s intervention in the U.S. 2016 general election, is set to meet with him at the start of the week.

Some have likened the move by the President as playing into the hands of Putin, thus allowing him to map out a U.S. policy on Syria ― a move that is said could extend the bloodshed, help extremists regroup, and split U.S. policy from that of its key allies.

That said, apart from domestic issues, President Trump will be coming under much scrutiny in the coming months to see whether he can untangle himself from the web of issues he faces.