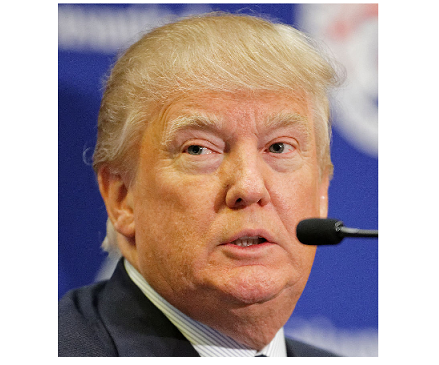 And Declares That He Loves Predicting

Trump argues that he has impeccable insight on what’s happening today in that part of the world — the Middle East.

“One thing I see out there just happened today in Tehran,” Trump said. “They’re burning down the Saudi Embassy, you see that? Now, what that is is Iran wants to take over Saudi Arabia. They always have. They want the oil, OK? They’ve always wanted that,” said Trump at a meeting in Biloxi, Mississippi.

He touted his past clairvoyance and what he now sees happening on the ground in Syria and Iraq.

“I’ve predicted a lot of things, you have to say, including, ‘Get the oil, take the oil, keep the oil.’ Right? I’ve been saying that for three years, and everybody said, ‘Oh, I can’t do that. I mean, this is a sovereign country. There is no country!” Trump ranted.

Trump in his usual no-hold barred speech stoutly declared that both President Barack Obama and his former secretary of state, Hillary Clinton, for the Islamic State’s rise.

“They have a bunch of dishonest people,” he continued. “They’ve created ISIS. Hillary Clinton created ISIS with Obama — created with Obama. But I love predicting because you know, ultimately, you need somebody with vision.”

“A lot of people are understandably reacting out of fear and anxiety,” she said. “Mr. Trump has a great capacity to use bluster and bigotry to inflame people and to make them think there are easy answers to very complex questions,” she said.

Clinton also said then that the country needed “to make sure the really discriminatory messages that Trump is sending around the world don’t fall on receptive ears. He is becoming ISIS’s best recruiter. They are going out people showing videos of Donald Trump insulting Islam and Muslims in order to recruit more radical jihadists.”

In the meantime, Trump who has sparred with Hillary time and again, in his campaign speech declared that Hillary “shouldn’t be allowed to run” because of the private email system she used for her State Department work.