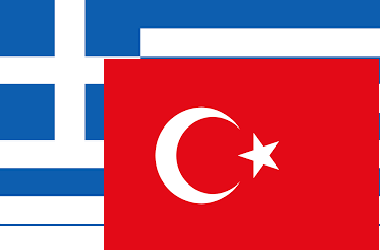 Trouble is brewing between Greece and Turkey over maritime boundaries in the Eastern Mediterranean.

Both countries’ political leaders have traded insults at each other as NATO impressed on both parties the need for dialogue.

Greek Prime Minister Kyriakos Mitsotakis said recently in a report his country would only start talks with Turkey to resolve conflicting claims once Turkish “provocations” ceased.

The rift between the two countries comes on the back of a Turkey dispatched seismic survey vessel to a disputed area for energy exploration following a maritime deal between Greece and Egypt.

Turkey says the pact infringes on its continental shelf.

The Greek Prime Minister has indicated his interest in talks to resolve the issue but not under threats.

“[Our country] can and wants to discuss the demarcation of maritime zones in the Aegean Sea, in the Eastern Mediterranean, based on international law. But not under threats,” said Mitsotakis.

“Once the provocations end, discussions will begin,” he said, adding that Greece’s foreign minister would deliver a letter from him outlining Athens’ case to UN Secretary-General Antonio Guterres when the two meet in New York.

Meanwhile, NATO Secretary-General Jens Stoltenberg said both countries had agreed to engage in talks but are yet to agree on a deal to avoid accidental clashes in the Eastern Mediterranean.

Turkey accused Greece of shunning the dialogue and lying by denying it had signed up to NATO-brokered talks.

Earlier, Stoltenberg had said Greek and Turkish leaders “agreed to enter into technical talks at NATO to establish mechanisms for military deconfliction to reduce the risk of incidents and accidents.”

However, Greece said it never agreed to the technical talks, claiming Stoltenberg’s statement did not “correspond to reality.”

Turkish Foreign Minister Mevlut Cavusoglu said Greece did, in fact, agree to the proposal when it was made.

“Greece denied the secretary general’s (remarks), but the one lying here is not the NATO Secretary-General, it’s Greece itself,” Cavusoglu told reporters in Ankara.