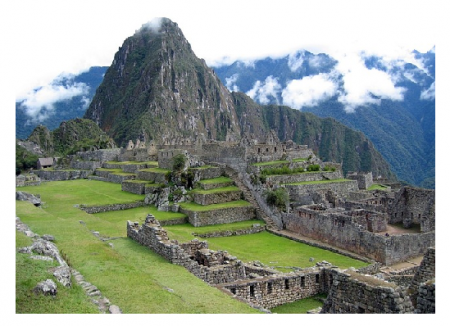 This is the travel website’s second Travelers’ Choice Attractions Awards.

The awards identify leading travel spots around the world “based on the millions of valuable reviews and opinions from TripAdvisor travelers,” said the travel website in a statement.

“Winners were determined using an algorithm that took into account the quantity and quality of reviews for landmark and park attractions worldwide, gathered over a 12-month period.”

Machu Picchu is located 2,430 meters (7,970 ft) above sea level and is situated in the Cuzco Region in Peru.

It is believed by archaeologists that Machu Picchu was built as an estate for the Inca emperor Pachacuti (1438-1472) and is often referred to by many people as the “Lost City of the Incas.” It is also regarded as the most familiar icon of Inca civilization.

Today, Machu Picchu is a UNESCO World Heritage Site and in 2007, it was voted one of the New Seven Wonders of the World in a worldwide Internet poll.

The site has also become one the most visited tourist attractions in Peru since its discovery in 1911.

Visitors’ feedback based on their experience to the site includes, “it’s an absolutely amazing place,” “it’s a dream,” “magical place,” “absolutely stunning,” “a true five star attraction,” among others.