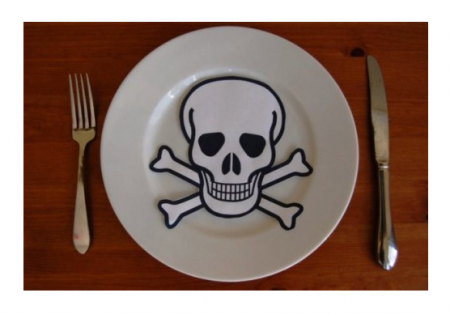 “We must pay greater attention to keeping our bodies and minds healthy and able to heal. Yet we are making it difficult for our defenses to work. We allow things to be sold that should not be called food. Many have no nutritional value and lead to obesity, salty, imbalance and allergies.” – David Suzuki

Unlike in the past where food was secured by hunting and gathering, today, the food industry is primarily responsible for supplying the food of the world population. In addition, the production and distribution of food are regulated and monitored by different agencies to ensure its safety and security.

That said, however, more and more people are not only concerned but are also worried that the food chain is fast becoming toxic and a health hazard to people globally.

In a coasttocoast.com, radio broadcast, leading nutritionist and biochemist, Dr. Ted Broer, bemoaned the fact that multinational corporations have been allowed to sell food on the market that posed long term dangers to the health of an undiscerning population for a very long time.

He identified the following ten food items that one should avoid in order to maintain good health:

1)  High fat luncheon meats such as bacon, sausage, pepperoni, and hot dog, which contain sodium nitrates – anything with sodium nitrite should be completely avoided, said Broer. Sodium nitrite reacts with stomach acid to form nitrosoamine, a known carcinogen (cancer-causing molecule). He noted that a study has shown that children who eat three hot dogs per week have nine times the risk of leukemia versus children who do not. Moreover, he posited that the leading cause of death in children age fourteen and under other than accident is cancer and the leading cause of cancer is leukemia.

2)  Aspartame – the artificial sweetener used in diet drinks and other products. This product, according to Broer, is one of the worst to be approved by the Food and Drug Administration. Aspartame is said to be a leading contributory factor to brain tumor, brain cancer, brain seizure, optic nerve degradation, and headaches.

3)   Margarine and products that contain trans fat – butter, Broer, said is better than margarine but must be organic.

4)  Shellfish – lobster, crab, shrimp, clam, scallop, and oyster generally contains a high level of arsenic lead and mercury. These products should be shunned at all cost.

5)  Junk foods (like Twinkies, cup cakes) and products with high fructose corn syrup – add no nutritional value to one’s diet and does more harm than good to the body.

6)  Soy products tend to increase estrogen levels.  This may lead to developmental problems particularly in the gestational cycle.

7)  Fluoridated and chlorinated water – these act as endocrine disruptors and serve only to slowly poison the body.

8)  High fat dairy products and non-organic dairy. In general, these products are loaded with bovine growth hormones and are harmful to the body.

10) Alcohol – habitual or daily use causes problems not only to the body but also socially.