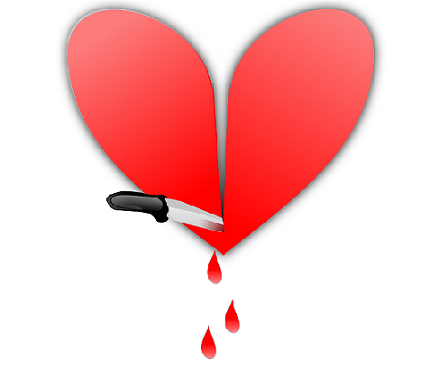 Lovin’ both of you is breakin’ all the rules”

Can one truly be in love with more than one person at the same time? This is a question that family counselors and marital therapists are being made to answer today more than ever before as more and more people seem to be wrestling with the issue of infidelity or the guilt of stealing love on the side.

Marital therapist Andrew G. Marshall writing for the dailymail.com, noted that within his practice he has seen an increasing number of people claiming to be in love with two people at once.

He further noted that sometimes it’s an unappreciated wife and mother who has started an affair with a sympathetic guy at the office or a woman in a new relationship, yet still having an affair with her ex or a husband who has left the comfort of his home and family to carry on a fling with a lover on the other side of town.

“Listening to these stories of desire, passion, and guilt, I’m never quite certain if they want to be pitied for being burdened by too many choices or envied for being so desirable. Whatever their justifications, there is one common theme: ‘I have so much love in my heart that there’s room for two people,” argued Marshall.

Now, playing the hypocritical game it would be quite easy to ridicule and condemn these people who are torn between two lovers, but the fact is how many of us have not harbor thoughts of being with that other woman or man despite our relationship. Haven’t we all flirted and lusted at one time or the other, not withstanding our relationship?

Today, parallel relationship is being espoused in many quarters on the basis of:

Notwithstanding, the fact is people have found themselves torn between two lovers and are burdened with the guilt of choice.

Take for example, 34-year-old Devin who reconnected with a former girlfriend whom he has not seen or been in contact with for the past 16 years until recently.

Now, despite his love and adoration for his current girlfriend, he claims that his reconnection with his former girlfriend has rekindled and reignited his love for her to the extent that he is beside himself, not knowing what to do.

Devin is aware that he is not only hurting himself, but also the two women he claims to love.

The question is what’s driving this feelings that Devin has for both women? Is it love or just fleshly desire?

Have technology, the media, and modern lifestyle dulled or blurred our view between what is truly love and that natural animalistic instinct or feelings we all have.

“That it is not proper for one man to have two governments,” and “We have not found that any man is fit for two tables” are two Jewish quotes that come readily to mind and the third is liken to the first two, “No man can serve two masters for either he will hate the one and love the other.”

The fact is love is much more than feelings and as Marshall rightly puts it, “love for a partner has three essential ingredients: intimacy, passion, and commitment. With this definition, it is actually impossible to love two people at the same time.”

So, Devin must examine himself and dig deeper to see whether he is merely satisfying his fleshly desire and using love as a label and camouflage for his behavior.