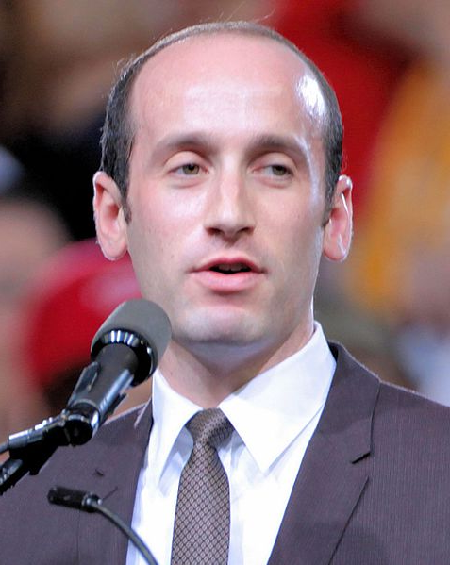 Senior White House adviser Stephen Miller, in an interview exchange with Fox News Sunday host Chris Wallace, said voters have a choice between a leader who will seek to strengthen America’s western values or someone who will morph the country into Venezuela.

He noted that “Anybody who’s running for office, right, left, or center, always points out where they think America can do better — where they think America needs to go. But there is a fundamental distinction between people who think that we need to lean into, and strengthen America’s core values, whether it be our constitutional values, the rule of law, the principles of western civilization — or people who think that we basically need to turn America into Venezuela.”

Miller further argued that the campaign President Trump ran was different from those who subscribe to an ideology that would seek to set America back.

“The president ran a campaign that can be summarized in two words: ‘America first.’ There’s a huge difference between ‘America first’ and an ideology that runs down America,” Miller declared.

Miller stated that President Trump’s criticisms of former President Obama and his policies were out of love for the U.S., which is far more than that which can be said of Representative Alexandria Ocasio-Cortez who said, “Illegal immigrants are in effect more American than Americans.”

Miller decried this as “fundamentally an anti-American statement.”

On the other hand, Wallace pointed to Trump’s 2016 campaign that involved promising to prosecute and imprison Hillary Clinton and encouraging the “lock her up” chant.

Moreover, he highlighted Trump’s reference to Mexican immigrants as criminals and rapists at the time of launching his campaign in June 2015.

“When Mexico sends its people, they’re not sending their best,” Trump said then.

Trump had also called for “a total and complete shutdown of Muslims entering the United States until our country’s representatives can figure out what is going on,” Wallace reminded Miller.