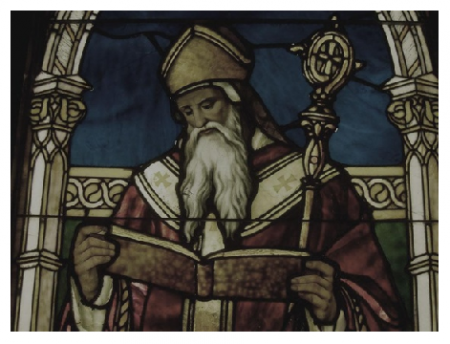 In a two part series, Kenneth R. Samples a writer for reasons.org seeks to shed some light on the work and contribution of Augustine to the subject of philosophy.

While Augustine had no formal education in philosophy, he was nevertheless an intuitive philosopher with varied interests. He also left a deep and abiding influence on Western philosophical thought. Augustine especially used philosophy to complement his study of theology. The first part of this two-part post will outline a brief summary of five of the ten most significant ideas and theories that Augustine contributed to the field of philosophy.1

1. Theory of Time: In the Confessions (Book 11), Augustine develops a very thought-provoking concept of time. He argues that time itself is part of the created order and is uniquely apprehended through the human mind (the past in memory, the present in recognition, and the future in expectation). The philosophical skeptic, Bertrand Russell, once said Augustine’s theory of time was superior to that of Immanuel Kant’s subjective theory.

2. Learning Language: Augustine attempted to explain how small children learn and express language. The analytical philosopher Ludwig Wittgenstein’s starting point (albeit critical) in his Philosophical Investigations was Augustine’s discussion of language in the Confessions.