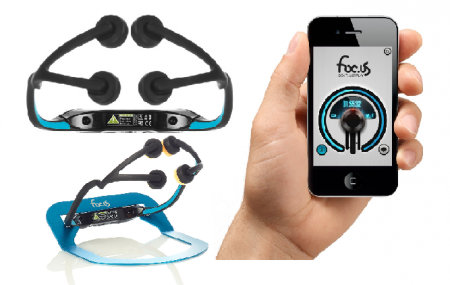 At the start of every year, new array of gadgets are expected to be on the market and 2014 is no different in this regard. The fact is we are in an era where technological advancement is at its peak and the anticipation and expectations of consumers for all things digital boggles the mind. Although a variety of new gadgets have already been announced, there are many surprises to come in the New Year. Now, some of the top gadgets to look forward to in 2014 are:

A brain augmentation device which will definitely be one of a kind! The main purpose of this device will be to improve mental faculties and improve reaction times, especially during games. The transcranial direct current simulation will pass a low level electrical current through the brain which will directly massage the brain cells, resulting in improved mental performance and augmenting human abilities. The device will rest on the head and stimulate the brain.

There is a wide variety of gadgets which monitor fitness, but Scanadu Scout is one of those all-in-one gadgets which monitor fitness in every aspect by tracking all the vital signs. Pressing it against the temple will help users get a diagnosis. Scanadu Scout will be able to provide all sorts of medical data including pulse rate, electrical heart activity, oxygen level, electrical impulses temperature and much more. What really makes Scanadu Scout different from other fitness tracking gadgets is the ability to analyze data, which means that the gadget will be able to analyze the monitored values and evaluate whether you are sick or need any sort of treatment. The Scanadu Scout is designed by a team of highly capable doctors, engineers, and designers. It will basically act as your personal electronic GP.

We have been seeing real objects meeting virtual ones in movies, but never expected to see the interaction in real life. The new start-up company Meta plans to offer such glasses which will provide a mediated reality. Meta SpaceGlasses are expected to present virtual objects in real world, and not only that, the glasses will also allow you to interact with them. This means that with Meta SpaceGlasses, you can sculpt a visual vase from your imagination using your hands. And then the vase can be carried to a 3D printer in order to give your thought a physical shape in form of a digital model.

Apple has been dropping hints for the past few months about an exciting new product which they will launch in 2014. According to Apple, the product will not fall into any of their existing categories. All that the company is prepared to say, it will be an electronic gadget, so what tech experts predict from the hints is that it will be an iPad Mini second generation and will launch somewhere in summers of 2014.

A number of electronic companies have been trying to come up with this special type of remote, and finally, the wait the wait will be over soon. Stealth Remote will be a universal remote which will automatically detect the type, brand and model of Television it will be directed at. The best part is its size. It is expected to be the size of a keychain!