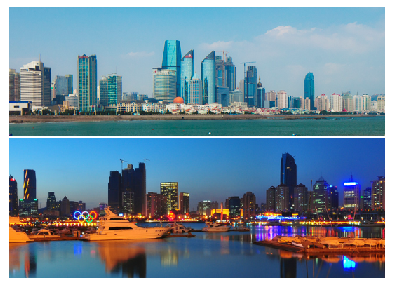 People take various factors into consideration in choosing places where they want to live. For some, the weather is important. For others, the strength of the local economy, schools, or personal safety takes precedence.

According to Chinadaily.com/cn, five of the most livable cities in China are:

With pleasant scenery, the coastal city tops the list of China’s happiest cities and was awarded “China Habitat Environment Prize” in 2012.

Air quality in the city is the best in China, and its housing prices are among the lowest in the country’s coastal cities. The annual average temperature in Haikou is 24.2 degree Centigrade (75.6 degree Fahrenheit).

Up above there is Paradise, down here there are Suzhou and Hangzhou. That is an old saying used to describe the beautiful and enjoyable environment, both culturally and naturally, in the two cities. Besides, living costs in Suzhou city are relatively low. Suzhou is often dubbed the “Venice of the East” or “Venice of China”.

With favorable weather, the coastal city is considered one of the most livable places in China and beyond. It has been included in the “Global Top 500” list maintained by the United Nations Environment Program.

Chinese netizens selected Dalian as the happiest city in China. The city has oceanic climate with four distinct seasons. But you will never experience severe winter or burning summer here.

As an international harbor city, it has one of the best environments and is the most desirable tourist destination in the country. It was once called “Eastern Hawaii” by Richard Nixon, former president of the United States.

Xiamen has subtropical climate and the average temperature here is around 21 degree Centigrade (69.8 degree Fahrenheit). The seafood here is the biggest attraction.