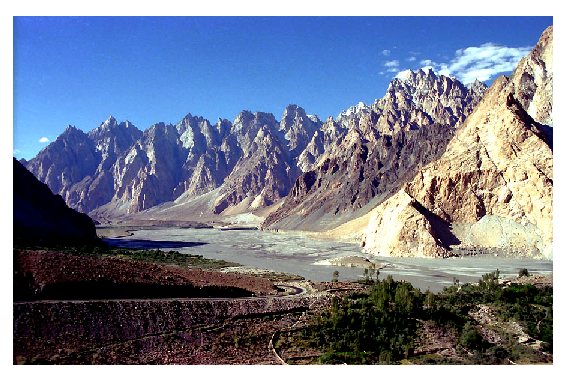 Did you know that the world’s first long distance road trip by automobile took place in Germany in August 1888?

This feat was accomplished by Bertha Benz and her two children.

They travelled in an experimental Benz motor car between Mannheim and Pforzheim, a distance of 66 miles or 106 km at a speed of 10 mph or 16km/h.

At the time, it was said that her husband Karl Benz, inventor of the first patented motor car (the Benz Patent-Motorwagen), had no knowledge that his wife would undertook such a trip.

However, it gained him publicity and transformed the family business into what today is the Mercedes-Benz.

That said, today, driving is a favorite past-time for many people and seeking out routes to test their mental and physical skills are par for the course.

The fact is different places offer unique experieces, and pose severe challenges in navigating its terrain. These range from terrifying, beautiful, awe-inspiring, breathtaking, to what one could describe as plain death traps.

Now, if you are a driving enthusiast, here is a top 10 list of routes to try driving on before you die:

This is a spectacular roadway, hacked out of the face of a mountain between 1915-1922. It was considered to be a major feat of engineer at the time. The view from this 114 bends, snakelike roadway corridor is not only awe-inspiring but stunning. The Dades Gorge, located high up in the High Atlas Mountains provides a breath-taking view that can’t be found else where in the world. This 22 miles (35 km) of twists and turns on the top of a mountain is certainly a mind blower and the view — an eye candy. The Catalina Highway traverses the rugged terrain of the Santa Catalina Mountains. It is also known as the Sky Island Scenic Byway. Once regarded as “one of the most dangerous roads in Pima County,” it has now become a common destination for leisure travel and motorcycling.

This roadway is a beautiful loop in the mountains near the French Mediterranean coast. The nice contoured climb provides a magnificent view and the steep climb is breathtaking. This is a high mountain pass in the Austrian Alps. Here, you will find a lot of motorcyclists and cyclists. The road is winding and steep, with grades up to 18.9 percent. It is prone to avalanches, falling rocks and mudslides.

That said, the green and beautiful valley with the near perfect tarmac makes the drive a special and spectacular experience. The Great Ocean Road is an Australian National Heritage. This long stretch of road covers 151 miles (243 km). The road traverses rainforests as well as beaches and cliffs composed of limestone and sandstone and is considered a tourist attraction. There are some spectacular look-out points to stop off at and in the winter the Southern Right Whales can be spotted close to the shore. This high mountain pass is sited in the Swiss Alps. The mountain range road way is second to none in the world. Its expansive view provides the back drop for a few movies including James Bond and Goldfinger. Driving along this roadway is awesome. Nikko, Japan This pair of serpentine long winding roads is found in Japan. It connects the lower elevations near central Nikko to the higher elevations of the mountainous Okunikko region. The road is awesome in autumn from mid-October to the start of November. At the top of the pass is the Akechidaira Plateau, a look-out point with stunning views of the valley below. This is a tunnel carved along the side of and through a mountain in China. The tunnel is located in the Taihang Mountains which are situated in the Henan Province of China. It’s a major tourist attraction, today. This is the highest paved international road in the world. It connects China and Pakistan across the Karakoram mountain range, through the Khunjerab Pass, at an elevation of 4,693m/15,397 ft.