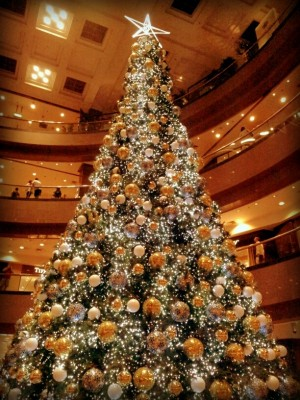 Christmas is a special time of year for most people, but it’s also loaded with a few misinformed ideas that have become a part of the holiday and the source of many arguments over the years, even centuries.

1)  Decorations should come down on January 6

While many wish this were true, the fact is that during the time of Queen Victoria, the decorations came down on the 12th night and were burned. Before then, the decorations were kept up until Candlemas, on February 2nd.

Prince Albert, who was German, imported the tradition in 1848 and set it up with his wife Queen Victoria of England, for their five children.

The kings were actually called wise men or magi in the Bible (Matthew 2:1), not kings. The significance of the gifts: Gold is for royalty, frankincense is for divinity, and myrrh is for the future sufferings. Christ was offered wine with myrrh on the cross and his body was anointed with it upon burial.

The quick arrival of the three wise men is also a myth. These three  were later named Gaspar, Melchior and Balthazar, who were said to arrive when Christ   was a child and at home not when he was a newborn infant in a manger.

St. Nicholas was the Bishop of Myra, in Turkey, back in the 4th century. He has been credited with a number of miracles and is the patron saint of unmarried girls, sailors, and children. Coca-Cola ran a campaign back in the 1940s of Santa wearing a red and white suit, and that’s been the image associated with Santa   Claus since then.

6)  Christmas is the most important Christian holiday

Christians celebrate Christmas as the birth of Jesus Christ for just a few weeks. However, Easter, when Christ was said to have risen from the dead and promised that those who believed in him would have eternal life is celebrated for about two months.

7)  ‘Twas the Night Before Christmas

The poem was published in a New York paper in December 1823. Thirteen years later, Clement Clarke Moore claim authorship but the Livingston family claimed that their father, who was part Dutch, would recite the poem to them when they were children.

December 25th is said to be the birthday of Jesus, but the fact is Mary and Joseph were traveling to take part in the census, of Quirinius which would have happened in September or October, not December. Additionally, scholars contend that Jesus was born during the time of Saturninus, not Quirinius. This debate continues.

9)  Taking Christ out of Christmas

Abbreviating Christmas as Xmas is not anti-Christian as much as it is pro-Greek. Χριστός is Greek for “Christ” and begins with the letter X or “Chi.”

This holiday is celebrated in a few countries particularly Canada, Britain and its possessions, Australia, and New Zealand. Back in the Middle Ages, it was the day when churches opened their collection boxes and gave money to the poor. Because they had to work on Christmas, servants were also given the day off to celebrate Christmas.

Whatever your beliefs, celebrate Christmas how you want to and enjoy every minute of it.