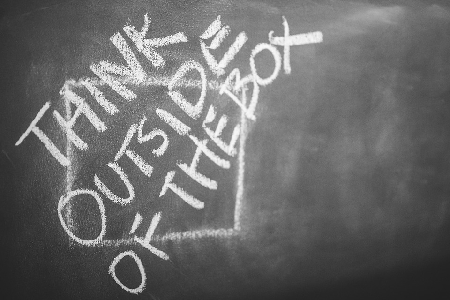 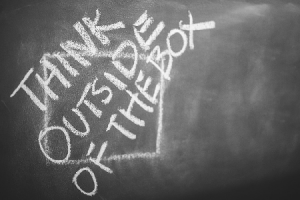 An interesting aspect of defeat or poverty is to agree with a disempowering statement. The statement may be rooted in falsehood or colored by a harsh experience, but if you come to the conclusion offered by the dismal analysis, you are dead on arrival, save for a narrow or determined escape.

What we have been conditioned to be in our post slavery expectations, like the drip of water on a stone, is to be burdened by the legacy of a trauma, hobbled and wounded more than those who were physically scarred by their journey to freedom. This slow disempowering reminder of “from whence we came”, turns our attention from the star at which we should always gaze to the injustice we still suffer. That is a dilemma’s bourn from which there is no extrication, save for the narrow escape.

What? You heard right. Let me share an insight. At slavery’s worst, men held firmly to the star at which they gazed, and prevailed. The subtle subterfuge of men whose inferiority is no longer questioned openly but hinted at is to provoke a response where “either you hold your gaze to the star or challenge what is deemed injustice”. But the latter, if you are to be successful demands not just nonviolence but good work ethics to the taunts and jeers of your antagonist. The fixity of purpose, the gaze at the star is our only viable option. But the drip of bad news, disempowered experiences, rage at this and that, changes us into men who are trying to serve two masters, and unbeknownst to us, the gaze at the star would have sufficed.

My own journey, as so many of us born of the hope of independence, has had to contend with the conditioning of a people who sought to fight injustice through politics which could not or would not distinguish itself, and by extension us, from mediocrity more so regain the fixity and fidelity to excellence beyond lip service.

Whether or not the injustice and discrimination are real, the appeal for righteousness or blame has only two pronouns. That’s where the solution begins. It is important, however, to recognize the fulcrum about which anything, including turning around a man who had agreed with the banner, “Abandon hope all ye who enter in.” In many instances, your defeat has to be a surrender of the star at which you gaze. The steady drip of hopelessness and disappointment will fit that position. Unmoored from his star, a man cannot think himself out of his dilemma beyond his ego. He is now only a slave, capable of proving to the world that he is not a slave by being handy with a whip or worse.

So, we must look at the fallout of separating a man from his confidence or see the dysfunction and destruction a man will unintentionally wreak on himself and those he loves as he is led to believe and pursue the crusade legacy of inadequacy and self-hate. It’s a Pied Piper’s nightmare with real peoples and their economy falling further over the cliff. From this, I take the view that a man must be empowered and reassured, for it rebuilds confidence and stops self-sabotage.

It takes cash to care is one response. It needs a little. What is most needed is a mind empowered to see and feel the twinkle, not the warmth of his star, until he is restored in his soul to his unfailing connection to his only path forward: a renewal of his pact with excellence and a recognition that his adversaries are the confusing and disempowering thoughts that had found credence in him. Bear in mind that any mutt and underperforming mongrel rescued from our shores and given an enabling and reassuring view of himself in a supportive environment will thrive, no overachieve. A closer look will reveal that his greatest and defining travel was not by plane or boat, but the releasing of thoughts that had made him a slave. Happy travels with your guiding star.