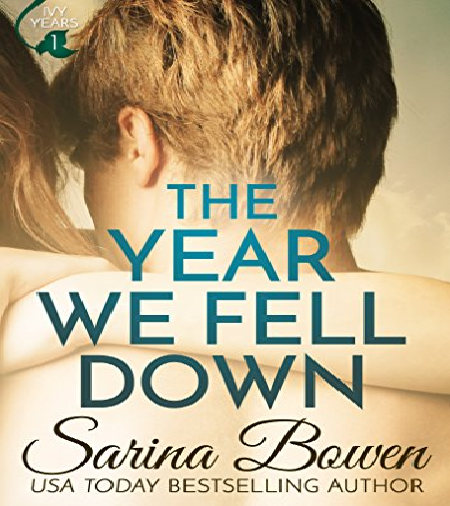 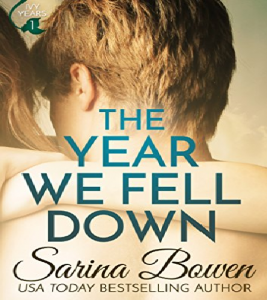 The Year We Fell Down was one of the most refreshing reads I’ve had the pleasure of reading in a long time. It was the first book I read in 2018, and it was such a fantastic start to the year. It is also the first book in the Ivy Years series.

This story is about college students Corey Callahan and Adam Hartley at Harkness College. Corey’s freshman year at Harkness is complicated by the fact that she sustained a spinal cord injury in an ice hockey game and is paralyzed from the waist down. Forced to move into a special dorm separate from the rest of the freshman on Fresh Court, Corey is less than thrilled about the situation but ready to start her new beginning at Harkness.

Things start looking up for Corey when she meets her neighbor across the hall, Adam Hartley, who has a broken leg in two places and needs to live in the handicap accessible dorms as well.

Over time, Corey and Hartley bond over their injuries, their love of hockey, and a truly incredible relationship begins to blossom. They start as friends, and it really was so entertaining to see how their relationship evolved over the course of the book.

When I read romances, I love to have a couple to root for, and Corey and Hartley were the perfect examples. They were likable characters with relatable problems and so much love between the two of them.

Something I enjoyed about this book is the way that author Sarina Bowen brings a unique aspect to their love story. Both characters are going through some personal stuff, and the author tackles Corey’s injury in a way that is genuine and realistic. It made me think about my college, and how having limited mobility would affect everything I did there. That perspective in a New Adult Romance wasn’t something I’d encountered before, and it was both interesting and refreshing. I can’t speak for anyone who has withstood a spinal cord injury like Corey’s, but I would like to think that maybe one person would find this book comforting or at the very least, enjoyed having a character that represented their injury in a story like this. Another appeal that this novel has is for ice hockey fans.

I’m not a big fan and know nothing about the sport, but I loved that both Corey and Hartley were such dedicated athletes. They knew the sport so well, and it was interesting to read how that shared love brought them together.

As I mentioned before, The Ivy Years is a series, but the next book in the series, The Year We Hid Away, isn’t a continuation of Corey and Hartley’s story. It’s a new story, based on Hartley’s best friend and one of the characters in The Year We Fell Down, Bridger McCaulley.

I loved Bridger and Hartley as friends and teammates in this novel, and his story was just as great as Hartley and Corey’s. If you’re looking for a refreshing and entertaining love story, with great character development and a plot that will keep you engaged for every page, this is the one.