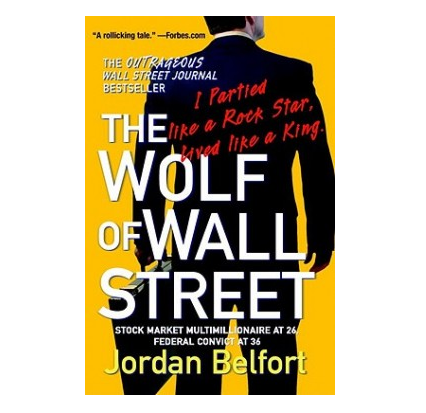 “The golden age of dentistry is over. If you’re here simply because you’re looking to make a lot of money, you’re in the wrong place.”

The foregoing are the words of a dean at the Baltimore College of Dental Surgery who reportedly drove young Jordan Ross Belfort from a career in dentistry.

However, the alternate path taken would find Belfort engulfed in corrupt business practices which ultimately led to him spending time in prison for money laundering and securities fraud.

Prior to this, Jordan Belfort, lived large. He founded the brokerage firm Stratton Oakmont which functioned as a boiler room marketing penny stocks.

He made large profits while swindling public investors and was a millionaire by age 26.

His experience as a stock manipulator, tax dodger, as well as his raucous lifestyle of sex, drugs, alcohol, greed, and power portrays a man losing his soul.

Despite his proclaimed love for his wife and kids, the author’s infidelity, crass and vulgar behavior did not match his testimony given his lifestyle of debauchery.

The book is entertaining and the story line intriguing but unnecessarily long.

That said, some reviews from the press include:

“A rollicking tale of [Jordan Belfort’s] rise to riches as head of the infamous boiler room Stratton Oakmont . . . proof that there are indeed second acts in American lives.”—Forbes

“A cross between Tom Wolfe’s The Bonfire of the Vanities and Scorsese’s GoodFellas . . . Belfort has the Midas touch.”—The Sunday Times (London)

“Entertaining as pulp fiction, real as a federal indictment . . . a hell of a read.”—Kirkus Reviews