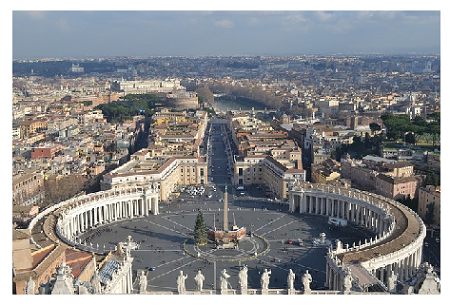 The Vatican has charged five people in a leak scandal that threatens the core functionality of the Catholic Church.

The five people charged over leaking the publication of secret documents include two journalists, a public relations expert, a priest, and an administrative assistant.

The Catholic Church views the action of the five as a “brotherhood of crime.”

According to press reports, Magistrates, late last week, “notified the accused and their lawyers of the charges filed … for the unlawful disclosure of information and confidential documents.”

The report also said that the trial would begin on November 24.

At the same time, journalists Gianluigi Nuzzi and Emiliano Fittipaldi were questioned after they published books containing leaked information which depicted corruption, theft and uncontrolled spending in the Holy See.

The fifth person charged is Nicola Malo, an assistant who worked with the defunct commission.

All five people risk up to eight years in jail for the scandal, which lifted the lid on allegations that charity money was spent on refurbishing the houses of powerful cardinals and that the Vatican bank continues to shelter suspected criminals.

Three year ago, former Pope Benedict’s butler was arrested for leaking documents in what became known as the “Vatileaks” scandal.