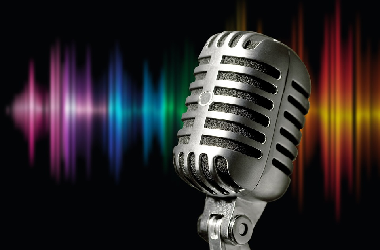 Once again, Joe Rogan is on the defensive after a video surfaced with him using the N-word.

The 54-year-old, Newark, New Jersey-born podcaster has taken to Instagram to share a video in which he expressed profound regret and apologies for using the N-word in the past.

In addressing the video that’s gone viral, which shows his past use of the N-word, he said, “I’m making this video to talk about the most regretful and shameful thing that I’ve ever had to talk about publicly. There’s a video that’s out that’s a compilation of me saying the N-word. It’s a video that’s made of clips taken out of context of me of 12 years of conversations on my podcast, and it’s all smushed together. And it looks f—ing horrible, even to me.”

Rogan sought to give context to his use of the N-word in the past.

“I know to most people there’s no context where a White person is ever allowed to say that word, never mind publicly on a podcast, and I agree with that now. I haven’t said it in years. But for a long time, when I would bring that word up, if it would come up in conversations, instead of saying ‘the N-word’ I would just say the word. I thought as long as it was in context people would understand what I was doing,” he said.

Furthermore, he proffered that he’d used the N-word on air when discussing “how times have changed so much since then or about how Richard Pryor used it as one of the titles of one of his albums, or I was quoting a Lenny Bruce bit, or I was quoting a Paul Mooney bit or I was talking about how Quentin Tarantino used it repeatedly in ‘Pulp Fiction.'”

Joe Rogan, in addressing the “most regretful and shameful thing” he said he’s ever had to talk about, continued thus:

“I was also talking about how there’s not another word like it in the entire English language because it’s a word where only one group of people is allowed to use it, and they can use it in so many different words. If a White person uses it, it’s racist and toxic, but a Black person can use it, and it can be a punchline, it can be a term of endearment, it can be lyrics to a rap song, it can be a positive affirmation. It’s a very unusual word, but it’s not my word to use. I’m well aware of that now.”

The latest controversy comes on the heels of Rogan hosting physicians who provided misinformation regarding COVID-19 and its vaccines, prompting many artists to ask Spotify to pull their music from the platform.

Spotify obtained exclusive rights to The Joe Rogan Experience in 2020 for US$100 million.