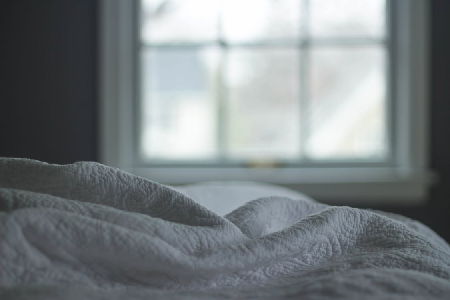 I am accustomed to sleep and in my dreams to imagine the same things that lunatics imagine when awake. Have you ever been to bed and at the point of falling to sleep find that you can’t move and feel like someone is holding you down?

Some people no doubt will readily attribute this experience to demonic forces or spiritual wickedness in high places but is that really true?

Well, call it what you may, but for many people, it is a frightening experience.

However, Dr. James in a piece in jamaicaobserver.com referred to the experience as sleep paralysis.

This is the sensation of being awake but unable to move, speak, or react during falling asleep or awakening.

“Primary sleep disorders can be of two types — those that involve unusual behaviors or experiences that occur during sleep — termed the parasomnias, examples of which are sleepwalking, nightmares and sleep paralysis, and those that affect the amount, quality, duration and timing of sleep, termed the dyssomnias. Examples are insomnia and narcolepsy,” he reportedly said.

Sleep paralysis is the sensation of being awake but unable to move, speak, or react during falling asleep or awakening.

Dr. James said it is usually accompanied by hallucinations to which one is unable to react due to the transient paralysis as well as abnormal sensations through the body.

“Sleep paralysis has cultural connotations. It is often depicted or perceived in folklore and throughout history as demonic visitation akin in Jamaica to the term “duppy [ghost] hold me down in my sleep”, he explained, according to the report.

He noted that many people who experience sleep paralysis with hallucinations have a sense of terror, particularly when they sense a menacing presence in the room while paralyzed.

“Another common theme is the sensation of the body floating in the room with alien visitation and near death. The paralysis lasts from several seconds to a few minutes,” he opined.

Dr. James also said in the report that sleep paralysis is closely associated with the REM stage of sleep, the stage where vivid dreams occur.

He further noted that not much is known about the exact cause or mechanism behind the experience, and it may occur as one sentinel event or be recurrent.

He attributes the following as factors associated with sleep paralysis:

5. Sleep position usually on the back.

Additionally, he reportedly said sleep paralysis is diagnosed from the history or the symptoms alone and should be differentiated from narcolepsy which is genetic based.

Dr. James further stated that there are no known complications from sleep paralysis and it poses no immediate risk to those experiencing it, other than being a terrifying event.

He advised that maintaining a regular sleep schedule or adopting healthier sleeping habits usually works as a means of prevention.

“If that fails or symptoms are more severe, then medication usually in the form of antidepressants may be indicated. However, no drug has been found to relieve symptoms totally. Thankfully, most people do not need treatment,” he concluded.