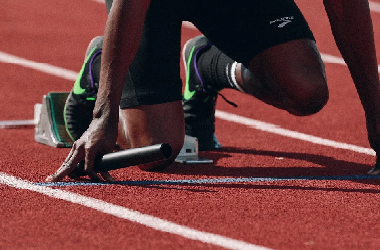 The 32nd edition of the Olympic games is well underway in Tokyo, Japan, and the eyes of the world have descended on the Asian city. Over the years, the Caribbean has been well represented by our countrymen and women at the games. In this article, we will look back at the greatest performers from the region on the Olympic stage in the past forty years.

The primary factor in determining athletes on this list is winning gold primarily and then winning other medals at multiple Olympics. In addition, winning gold at individual events is weighted higher than relays although both factors are taken into consideration.

There are notable achievements that will not make the list such as Kim Collins who represented St. Kitts and Nevis at five different games without a medal. Another is Obadele Thompson who captured a bronze medal for Barbados and is still the country’s only medal to date. Also, Chris Brown claimed 4 relay medals in 5 Olympics including a gold medal.  Finally, Ato Bolden claimed 3 bronze and a silver medal in the 1996 and 2000 games.

Merlene is considered the Caribbean’s “Queen of the track” because of her trailblazing efforts. According to olympedia.org, Ottey has represented Jamaica in 6 Olympics from 1980 to 2000 and earned a total of 9 medals including 3 silver and 6 bronze.

She even made a 7th appearance at the Olympic games representing Slovenia and ended her track career at age 52. The only reason Merlene isn’t higher on this list is that she failed to grab a gold medal in any individual or relay events at the Olympics. Ottey was revered as an athlete in Jamaica because she was named Sportswoman of the Year 13 times between 1979 and 1995.

Nicknamed torpedo, Richard was one of Trinidad’s fastest sprinters in history. At the 2008 Olympics, he won silver in the 100 meters and the 4*100 meters relay. The relay medal was upgraded to gold after Nesta Carter of Jamaica who was a member of the winning quartet was sanctioned by the International Olympic Committee. Thompson was able to lead and rally the relay team to a silver medal at the 2012 games. Torpedo still owns the national record at 9.82 seconds.

Jamaica has dominated the track in the past two decades because of athletes in the past like Deon Hemmings. After Donald Quarrie delivered a gold medal in 1976, it was Dion’s Olympic record-breaking run in the 400-meter hurdles that ended that the 20-year gold drought in 1996. She went on to win two silver medals in the 400-meter hurdles and the 4*400 meters relay in the Sydney 2000 games.

Walcott shocked the world in the 2012 Olympics when he delivered a stupendous javelin throw to win gold for his country. By doing so, he became the first Caribbean male athlete, the first of African descent to win the gold medal in a throwing event in the history of the Olympics. He followed it up with a bronze at the 2016 Olympic Games in Rio to prove it was no fluke.

Like Keshorn, Kirani stunned the track and field in the 2012 Olympics by winning the 400 meters gold medal by running 43.94. It was the first gold and only medal ever for the Spice Island of Grenada. According to world athletic stats, he became the first non-U.S. runner to break the 44-second mark. At the 2016 Olympics game, he won a silver medal in the 400 meters behind South Africa’s Wayde Van Niekerk’s world record of 43.03 seconds.

Pauline achieved slightly more than her compatriot Debbie Ferguson-Mckenzie on the Olympic stage. Debbie captured a gold and silver medal in the relay team as well as an individual bronze. Pauline on the other hand, won silver in the 1996 Olympics relays but also captured gold in the 2000 Olympics relays. What sets her apart is the individual gold medal in the 200 meters in the said Olympics. While Pauline nabbed the gold both women are revered in the paradise islands.

Elaine started her Olympic career in a dreamlike manner by winning the sprint double gold in the 100 and 200-meter distances. She became the first female Caribbean sprinter to win the 100m and 200m at one Olympic Games and the seventh overall female to do so in history. On July 31, 2021, she delivered an Olympic record 100-meter victory in the Tokyo games. Elaine is the only Caribbean female athlete with three individual gold medals. At age 29, Elaine is enjoying her prime and projections indicate that she might have the most medal as a female when it is all said and done.

The “little pocket rocket” has continued the line of female sprinters from the land of reggae. She is notorious for a fast start out of the blocks and it is emblematic of her Olympic career having won back-to-back 100-meter gold in the 2008 and 2012 games. In addition, she has won two more silvers with 2 from the 2012 games and one recently in 2021 games in the 100 meters. She has also picked up a bronze in the 2016 Olympics to bring her medal count to 6.

It was as if Merlene handed over the queen’s baton to Veronica at the 2000 Sydney games. Veronica delivered immediately with back-to-back gold in the 200 meters in the 2004 and 2008 Olympics as well as a relay gold in the 2004 Athens games. VCB went on to illustriously capture 2 more silver and 2 bronze medals to add to the 2000 silver relay medal for a total of 8 medals.

Usain ‘Lightning’ Bolt will be the signature Caribbean athlete for decades to come. He dominated the field when he graced the Olympic track. Bolt set a record that will almost be impossible to break by winning three consecutive Olympic gold medal doubles in the 100 and 200 meters. He also owns the world record in both events. In addition, he won back-to-back 4*100 relay gold medals with the Jamaican team in 2012 and 2016. Bolt went three Olympics undefeated; his unique flair and flamboyance make him truly a legend in world athletics.