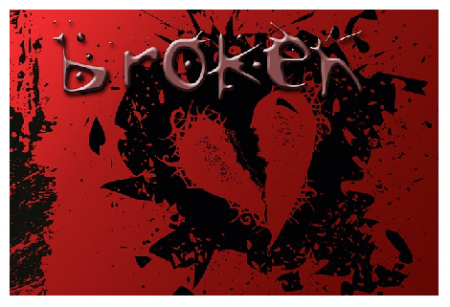 She often sat by herself in the lunch room and thought about her life. Up until this year her future seemed promising. Everything was going so well. She had a boyfriend, a job she loved, started the process of getting a new car. Then 2015 came. She experienced so much change in her life, and she wasn’t dealing with it well.

2015 introduced her to the feeling of heartbreak. Suzanne laughed every time she heard someone say the word “Love” or “I love you.” Love was no longer familiar to her, no longer something she could relate to. After her last boyfriend Jay, love no longer existed for her. They had been in love and happy or so she thought for five long years, but the relationship ended when she found out about the other lady he was seeing on the side. In the beginning, she began to blame herself, thinking she should have done more, thinking she was no longer appealing and attractive. Blaming herself did no good. She lacked self-confidence, hiding from her friends and family as much as she could. She cancelled all her social media accounts, wore baggy clothes, and avoided the hair salon.

Her new attitude also affected the way she performed at work. She was no longer interested in maintaining her employee of the month title, she came to work whenever she felt like and she just didn’t care anymore.

Too deep in thought, Suzette did not realize she had company at the lunch table. His name was Brent. He was a tall tan fellow with a great body. It was clear he lived in the gym as his muscles boldly peaked through his office shirt. He had a cute, butt too. He was definitely a sight for sore eyes, and he surely caught the eyes of many of the single ladies in the office. Of course, Suzette was too broken to notice his amazing features. Bothered by the awkward silence he decided he would utter the first word.

“Are you going to eat your lunch?” he asked sounding a little concerned.

“Huh, yes I will,” she replied looking around.

She didn’t have many friends at the office anymore. Ever since the break-up she decided to trod alone. Her friends at work tried to reach out to her but she didn’t let anyone in. Brent was the first person she spoke to since.

“So, how are you today?” He asked trying to spark a conversation, but gave up after a string of one worded answers. After he was through eating, he took his tray up and heading back to his office. Unbothered and so consumed in thought, she didn’t realize Brent had left.

The next day, he came back to join her for lunch. Again she ignored him and only afforded him one worded answers in hopes that he would go away.

The next day was the same thing. Confused as to why he would continue to come where she made it clear he wasn’t welcome she decided to ask him what his deal was.

“What do you want from me?” She blurted out.

“You’re here every day, trying to talk to me. What do you want from me?”

Intrigued by his persistence, she decided to listen to what he had to say. Surprisingly, she liked his company. He became her lunch partner. They had lunch every day, learning more about each other. They grew fond of each other. Brent and Suzette, strangers turned friends, then lovers.