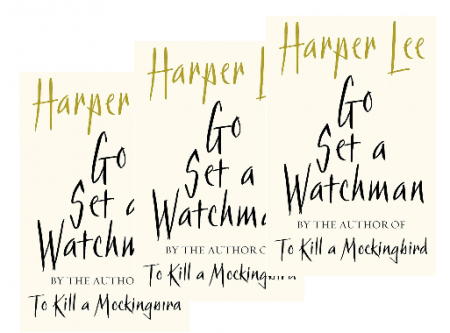 The widely acclaimed Pulitzer Prize-winning author who penned the popular book titled To Kill a Mockingbird has created a literary media storm with the announcement of this soon to be released new title.

For more than fifty years, To Kill a Mockingbird remains the sole literary masterpiece of the author.

Now, at a ripe old age of 88 and publishing her only second book, makes for a publishers and marketer’s dream. The time lapse of over fifty years between the first publication and the latest novel is not only shrouded in mystery, but also marked curiosity.

So, the announcement of Ms. Lee’s publisher plans to release this second novel, which was completed in the mid-1950s, before she wrote To Kill a Mockingbird, has certainly set off the chattering class and moreover, has gone viral on social media.

Press reports note that the 304-page book, “Go Set a Watchman,” takes place 20 years later in the same fictional town, Maycomb, Ala., and unfolds as Jean Louise Finch or Scout, the feisty child heroine of “To Kill a Mockingbird,” returns to visit her father.

The novel, which is scheduled for release this July, tackles the racial tensions brewing in the South in the 1950s and delves into the complex relationship between father and daughter.

Although written first, “Go Set a Watchman” is a continuation of the same story, with overlapping themes and characters. But Ms. Lee abandoned the manuscript after her editor, who was captivated by the flashbacks to Scout’s childhood, told her to write a new book from the young heroine’s perspective and to set it during her childhood.

“I was a first-time writer, so I did as I was told,” Ms. Lee said in a statement released by her publisher.

That story became “To Kill a Mockingbird,” a classic that was adapted into a 1962 film and has sold more than 40 million copies globally since it was published in 1960. It continues to sell more than a million copies a year and has been translated into more than 40 languages.