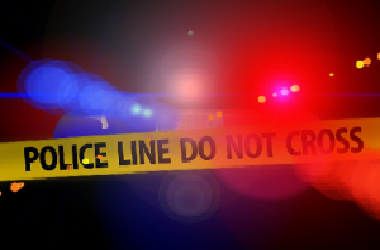 Jamaica gained its independence in 1962, over fifty-nine years ago.

Since then, the People’s National Party (PNP) and Jamaica Labor Party (JLP) have asked and continue to ask the Jamaican electorate to give them power not only to advance and protect their interest but also to guarantee their rights under the constitution.

Also, central to the government’s mandate under Chapter 5 of the Constitution is power given to make laws for the peace, order, and good government of Jamaica.

Today, the question of whether the people of Jamaica have been afforded these rights given the hostile environment in which they live, move, and possess their being is one for soul searching by the government.

However, the average onlooker would have to answer the question with a resounding, no.

Now, given the news of the significant number of people murdered in Jamaica on a yearly basis — 1,323 in 2020, a poverty rate of 11 percent, and an unemployment rate of approximately 8.4 percent, any casual observer would see that this spells trouble for the police.

The situation is also compounded by an underdeveloped and fragile infrastructure — inadequate access to housing and healthcare.

It is within the context of the foregoing the government is asking the police to provide security for the country which is tantamount to giving them a basket to carry water.

The fact of the matter is the government must play its role by ensuring that it puts policies in place to address the socio-economic development of the country before putting police in an unenviable position to solve crimes.

Today, the government has changed the role of the police from being peace officers to combat officers primarily because of the hostile environment that they have allowed to fester and develop over an extended period of time.

The truth is if Jamaica is to reimagine its police force, the political leaders must ensure they do right by the people.

This involves a radical change in the way the society is ordered and creating that “Jamaican Dream” where all members of the society believe they have an equal opportunity of achieving success without resorting to skullduggery and lottery scams.

Truth be told, more than eighty percent of the crime in Jamaica is rooted in social neglect and community abandonment.

Mr. Rodney Price aka “Bounty Killer” captured it well in his song, titled “Fed Up.”

The government as part of its responsibility must seek to prevent crime and violence through the introduction of policies that lend to the wellbeing of its citizens.

The police duty should be one of response along with social partners to solve crimes.

Until then, I think the police are looking for the wrong persons to arrest!