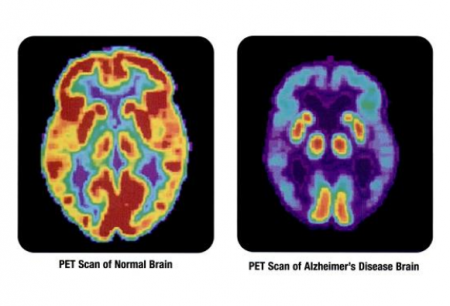 The idea of losing your memories and mental faculties scare many, young and old. That’s one of the reasons researchers and educators are looking for ways to share the facts and figures behind one of the scariest diseases out there: Alzheimer’s

What is Alzheimer’s Disease?

Alzheimer’s Disease, (AD) is more than just simply forgetting a few names and faces. It’s the systematic deterioration of memory, reasoning skills, and other intellectual abilities due to loss of neurons. The neurotransmitters of the brain, its communication pathways, rely on certain chemicals to function and Alzheimer’s patients are deficient.  The brain’s communication pathways develop plaques and these cause cell death.

What are the Causes of AD?

Even though a majority of sufferers are over 65, people in their forties and maybe even their thirties can have early onset Alzheimer’s. It’s rare but it happens. Losing your memory is not a normal part of the aging process. Factors such as age, genetics and family history are important risk factors that can’t be changed. However, scientists have found a link between head trauma and the development of AD. Repeated injuries to the brain that involve unconsciousness may eventually lead to developing Alzheimer’s. There is also a higher risk for people with hypertension, diabetes, and high cholesterol.

Taking care of your body reduces the chances and that means controlling high blood pressure, diabetes, and high cholesterol through diet, medication and exercise. Adopting a brain healthy lifestyle includes.

By 2047, the instances of Alzheimer’s disease are expected to be four times what they are now. To prevent this significant medical and financial burden, it is important to do what’s necessary today to protect your tomorrow.