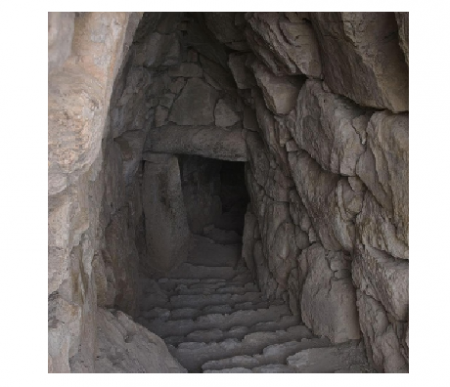 For as long as one can remember art has been part of human activities. The result of these activities involves creative, imaginative, and technical skills.

Here, Dr. Fazale Rana, from reasons.org, provides an outlook of the oldest art in the world:

What is the value of art? The French Bohemians of the nineteenth century asserted that art’s true worth is found in the act of artistic expression: “Art for the sake of art.” There is something provocative about this idea. All human beings have the compulsion to create—to make art for its own sake. Perhaps we are bound to create because art (more than other modes of communication) allows us to express deep-seated thoughts, emotions, dreams, desires, disappointments, and hopes in more meaningful ways.

I also consider artistic expression to be a reflection of the image of God, which all humans bear (Genesis 1:26–27). However, I think it is safe to say that most anthropologists and many other scientists reject this biblical view of humanity. Still, a majority regards artistic expression as a defining feature of modern humans. For this reason, anthropologists want to understand how artist expression originated. What are the mode and tempo of art’s origin? Did artistic expression appear coincidentally with the origin of modern humans? Or did it arise much later? Two recent archeological studies address these questions. Though conducted from an evolutionary vantage point, they provide added support for the scientific credibility of the biblical account of human origins.

In the first study, an international team of scientists revisited hand stencils and depictions of animals found in the caves of Sulawesi, Indonesia.1 Discovered in the 1950s, these drawings were originally dated to be about 10,000 years old. The team re-dated them using a newly developed technique that measures the age of calcite deposits—left behind by water flowing down the cave walls— overlaying the art. (Trace amounts of radioactive uranium and thorium isotopes associated with the calcite can be used to date the mineral deposit and, thus, provide a minimum age for the artwork.) They found that the Sulawesi art dates to 35,000 to 40,000 years old. In the second study, other researchers affirmed and extended these results, dating rock art throughout China, Indonesia, Thailand, Cambodia, and Malaysia and finding many of these specimens to be over 40,000 years in age.2

These two studies indicate that modern humans possessed the capacity to produce art when they migrated into Asia around 50,000 to 60,000 years ago. The art found in Southeast Asia is the same age and quality as art in the caves of Spain, France, and Germany. Presumably, modern humans also brought artistic capabilities to Europe around 40,000 years ago.