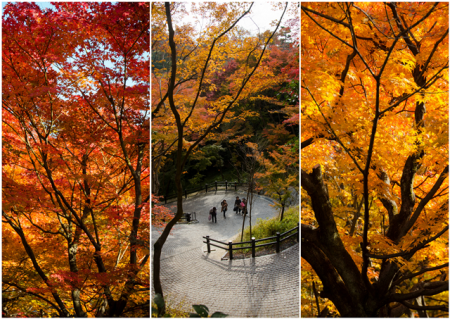 We’ve traveled halfway ’round the world
To find ourselves again —
September morn —
We danced until the night became a brand new day,
Two lovers playing scenes from some romantic play —
September morning still can make me feel that way.
~ Neil Diamond ~

Gosh, September is almost over! Time truly flies; in a matter of three months the year will end and soon it will be 2014. This was the theme of a conversation I overheard recently. Consequently, this inspired me to do a bit of musing on the month.

September is the ninth month of the year in the Julian and Gregorian calendars and one of four months with a length of thirty days.

September marks the beginning of fall as well as the academic year in many countries. In the United States, Labor Day is celebrated during the month and it also symbolizes a time of shopping for consumers and sales promotion for retailers, respectively. In addition, the month holds sad memories for the people of the United States as they pay national tribute of remembrance and honor to the thousand of men, women, and children who were killed in a terror attack.

Further afield, Brazil, the largest country in South America and a former colony of Portugal gained its independence from Portugal in September. Other countries that also celebrate independence during the month include Mexico, Uzbekistan, and Saint Kitts and Nevis. The Japanese celebrate a national holiday as Respect for the Aged Day in the month. Mozambique, a country in southeastern Africa celebrates what is regarded as Revolution Day within the month.

People born in September, according to those who follow the Zodiac sign are said to be Virgos and Librans. This of course is based on the period of the month one was born. Virgos are characterized as sensual, faithful, charitable and meticulous, while Librans are referred to as thinkers, refined, social, artistic, communicative and concerned with relationship.

On the other hand, there were some icons that made their transition in September. These include Jimi Hendrix, well-known American singer-songwriter, also said to be one of the greatest electric guitarist in history, Katherine Anne Porter, American novelist, Ethel Waters, dramatic actress, blues and jazz singer and famed wildlife expert and television presenter, Steve Irwin.

September also marks the end of summer and this signifies changes in many instances ranging from the weather to love relationships. There are many songs written that bear the name of the month. Some of these include September Of My Years by Frank Sinatra, September Morn by Neil Diamond, September Gurls by Big Star and Do You Remember The 21st Night Of September? by Earth, Wind and Fire.

Finally, it’s good to experience another September and we ought to count it a blessing as we reflect and look forward to the future – three months to go before the end of 2013, yes!