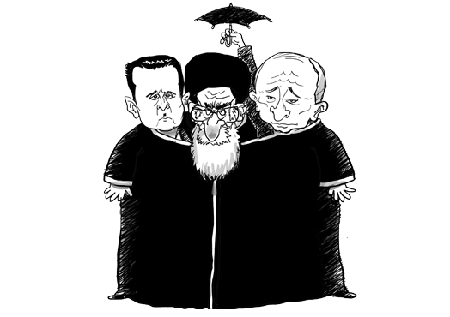 After over seven years of war, there seems to be no end in sight to the human catastrophe that currently obtains in Syria.

Also, it is estimated that more than half the population of 22 million have been driven from their homes with at least 6.1 million Syrians internally displaced, and another 5.6 million living abroad, the vast majority of them in neighboring countries, such as Lebanon.

According to press reports, Israeli intelligence, in Syria noted that there are now around 2,000 Iranian officers and advisers, members of the Revolutionary Guards, around 9,000 Shi’ite militiamen from Afghanistan, Pakistan and Iraq, and around 7,000 Hezbollah fighters.

Moreover, in a recent report, Russian fighters were reported to be among dozens of pro-government forces killed in eastern Syria in a deadly wave of attacks by Islamic State group jihadists.

The truth is other countries cannot continue to stand idly by while the Middle East continues to burn slowly.